Delhi Assembly Polls: All Members Of The Current Arvind Kejriwal Cabinet Are Set To Contest The Election From Their Respective Seats. 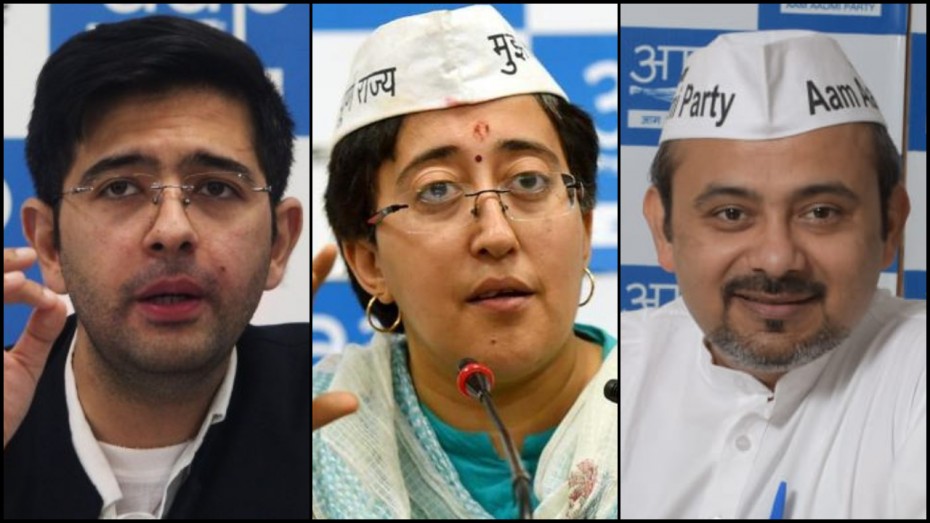 The Aam Aadmi Party (AAP) is set to announce its first list of candidates for the upcoming Delhi Assembly elections soon, according to sources. Aam Aadmi Party, which tasted stupendous success winning 67 of the 70 Assembly seats in 2015, is likely to repeat most of the candidates who contested last time. While all the members of the current Arvind Kejriwal cabinet are set to contest the election from their respective seats, AAP is likely to deny ticket to some sitting MLAs this time. According to sources, the party has dropped at least seven siting MLAs. According to these sources, the list of candidates will be finalised during the meeting of party's political affairs committee meeting.

According to reports, Atishi Marlena is set to fight polls from Kalkaji, while Raghav Chadha will get Rajinder Nagar seat. According to sources, the Aam Aadmi Party has dropped seven siting MLAs, and the number could go up when the final list is out. While Marlena is set to contest instead of sitting MLA Avtar Singh, Chadha will get the ticket in place of sitting MLA Vijender Garg.

Aam Aadmi Party (AAP) is likely to announce the name of candidates for all 70 constituencies of the Delhi legislative assembly in one list. The nominations for the Delhi assembly elections began January 14. BJP and Congress are also busy vetting their prospective candidates and expected to start naming their nominees later this week. While the BJP's list is expected by January 18, Congress’ first list of nominees may come out in couple of days.

Delhi Assembly polls will be held on February 8 and the counting of votes will take place on February 11.