One nomination each was filed in Burari and Matiala constituencies, while a candidate filed three nominations in the New Delhi seat, on Tuesday. 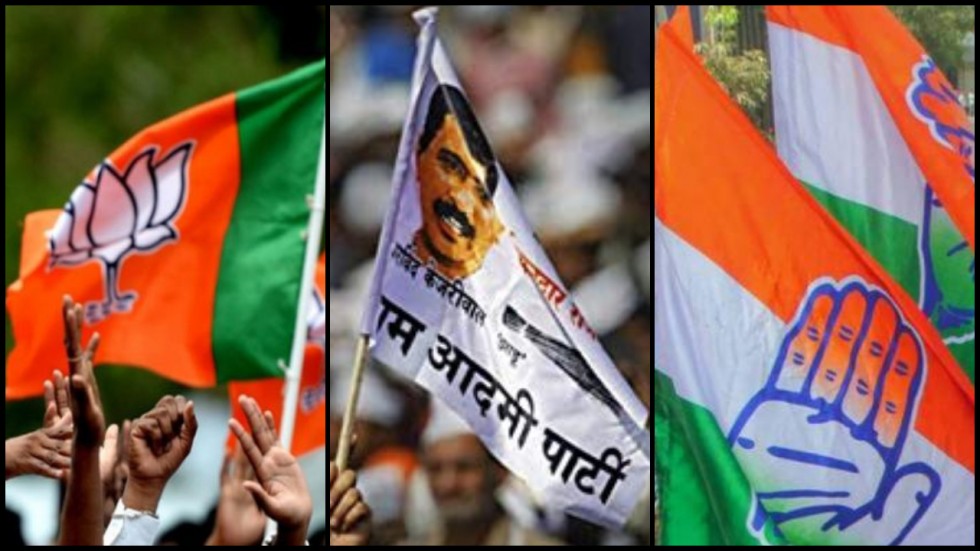 The battle for the control of Delhi legislative assembly kicked into the next gear on Tuesday (Photo Credit : Composite Image )

Delhi Assembly Elections 2020: The battle for the control of Delhi legislative assembly kicked into the next gear as nominations for the February 8 elections began on Tuesday with three hopefuls filing their papers. The ruling Aam Aadmi Party (AAP) declared candidates for all 70 seats in the evening. Lok Janshakti Party declared it will contest all the 70 seats and released its first list of 15 candidates. One nomination each was filed in Burari and Matiala constituencies, while a candidate filed three nominations in the New Delhi seat, a senior official of the Delhi CEO Office said.

As expected, Chief Minister Arvind Kejriwal and his Cabinet colleagues will seek reelection from their existing seats. Kejriwal will contest from New Delhi seat for the third time as the AAP seeks to retain power on the plank of development in a triangular contest involving the BJP and the Congress. Kejriwal's deputy Manish Sisodia too would be seeking reelection from his existing seat of Patparganj assembly segment. The Delhi government's five other ministers too would be fighting for their existing seats. Satyendra Jain who holds four portfolios, including Home and Health, will be recontesting from Shakur Basti while Labour Minister Gopal Rai will be fightimng for Babarpur seat again. Minister of Food and Civil Supplies Imran Hussain will contest from Ballimaran and Social Welfare Minister Rajendra Pal Gautam from Seemapuri. Kailash Gahlot, who holds three portfolios, will contest from Najafgarh.

ALSO READ: These 15 Sitting MLAs Did Not Get Aam Aadmi Party Ticket

The party has dropped 15 MLAs and given tickets to 24 new faces, including Atishi, Dilip Pandey and Raghav Chadha who unsuccessfully contested the 2019 Lok Sabha elections. Atishi will contest from Kalkaji, Raghav Chadha from Rajendir Nagar and Dilip Pandey from Timarpur.

The nomination process began as notification for the election was issued on Tuesday. The last date for filing nomination is January 21 with the scrutiny to take place on January 22. The last date for withdrawal of candidature is January 24. Over 1.46 crore voters are eligible to exercise their franchise in the Delhi elections, according to the final electoral roll. The counting of votes will take place on February 11.