Earlier in the day, the Saffron party announced names of its 32 other nominees for assembly byelections to be held across several states on October 21. 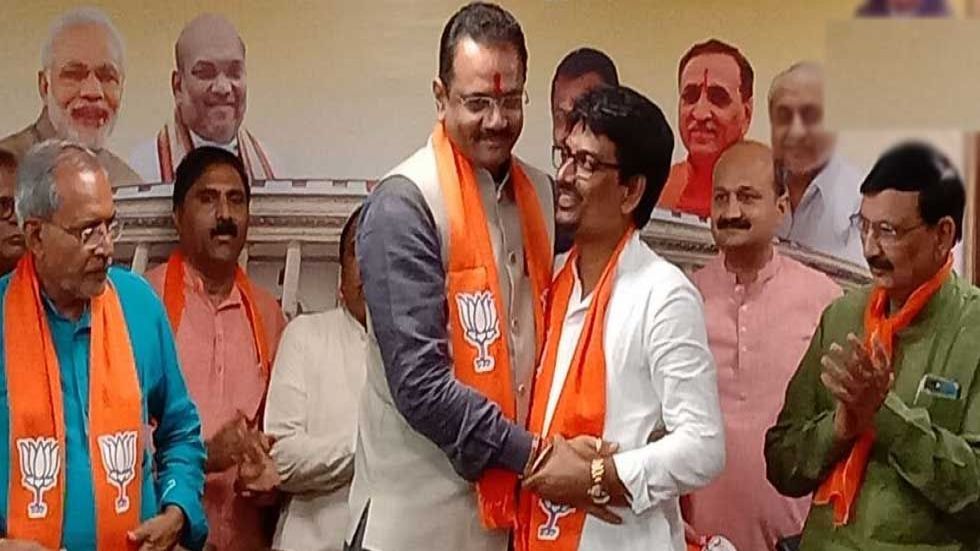 The Bharatiya Janata Party (BJP) on Sunday fielded former Congress MLA Alpesh Thakor as its candidate in the upcoming Assembly bypolls in Gujarat. Thakor, who was elected on a Congress ticket in 2017 and switched side in July this year, will contest from Radhanpur, the seat he had won. Another Congress defector, Dhavalsinh Narendrasinh Zala, will contest from Bayad Assembly segment on a BJP ticket this year.

Other candidates finalised by the BJP's central election committee for the Gujarat bypoll include Jivrajbhai Patel from Tharad, Ajmalbhai Thakor from Kheralu, Jagdishbhai Patel from Amraiwadi and Jigneshbhai Sevak from Lunawada.

Earlier in the day, the Saffron party announced names of its 32 other nominees for assembly byelections to be held across several states on October 21. Of the 32 Assembly seats, 10 are in Uttar Pradesh, five in Kerala, four in Assam, two each in Himachal Pradesh, Punjab and Sikkim and one each in Bihar, Chhattisgarh, Madhya Pradesh, Meghalaya, Odisha, Rajasthan and Telangana.

The October 21 bypoll will be held at 51 assembly seats across 17 states and Samastipur Lok Sabha constituency in Bihar. Besides, state Assembly polls are also scheduled to take place on the same day in Maharashtra and Haryana. The counting of votes for all the states will be taken up on October 24.

States where assembly bypolls will be held include Arunachal Pradesh, Chhattisgarh, Telangana, Madhya Pradesh, Meghalaya, Odisha and Puducherry (one seat each). The other states are Uttar Pradesh (11), Assam (4), Bihar (5), Gujarat (6), Himachal Pradesh (2), Kerala (5), Punjab (4), Rajasthan and Tamil Nadu (two each) and Sikkim (3).