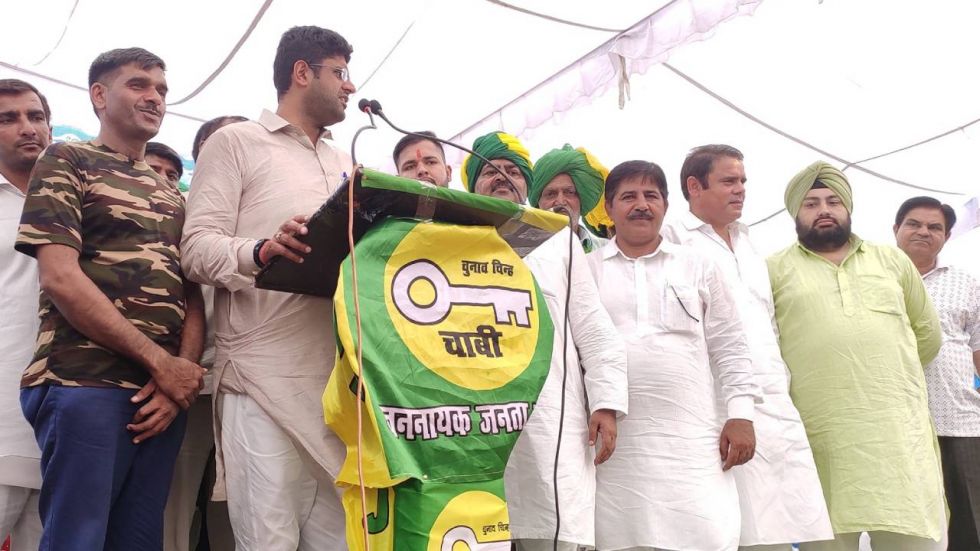 Tej Bahadur has released a video to announce his decision (Photo Credit : Facebook )

Tej Bahadur Yadav, the former BSF jawan who had contested the Haryana assembly elections against Manohar Lal Khattar,  has quit the Jannayak Janta Party (JJP) party after the party decided to enter into a post-poll alliance with BJP in Haryana. Tej Bahadur Yadav had fought against Khattar after joining the JJP just before the Haryana assembly elections.

Yadav was sacked by the BSF after he complained of bad food served to the jawans via a viral video. Before joining JJP in September, he had also tried to challenge Prime Minister Narendra Modi from Varanasi on Samajwadi Party (SP) ticket. However, his nomination was rejected by the election commission.

According to India Today, Tej Bahadur has released a video to announce his decision after JJP announced its alliance with BJP on Friday. In the video he called JJP the "B-team" of JJP and said the two parties are the same and people should oppose them.

"Dushyant Chautala has betrayed the people of Haryana after the state showed the door to BJP. Chautala went ahead and supported the same BJP that was thrown out of power by the people of the state," said Yadav.

JJP, which won 10 seats out of 90 in the Haryana assembly elections, extended its support to BJP who fell six short of the majority mark with 40.

BJP president Amit Shah on Friday announced that the Bharatiya Janata Party (BJP) and JJP will form the next government in Haryana, adding that Manohar Lal Khattar will remain as the Chief Minister, while Dushyant Chautala’s party will get the Deputy CM post.

Shah announced at a press conference held with JJP leader Dushyant Chautala that the chief minister will be from his party and the deputy chief minister from the regional party. Incumbent Chief Minister Manohar Lal Khattar is likely to be elected the BJP legislative party leader at a meeting in Chandigarh on Saturday and will then stake claim before the governor to form the government.