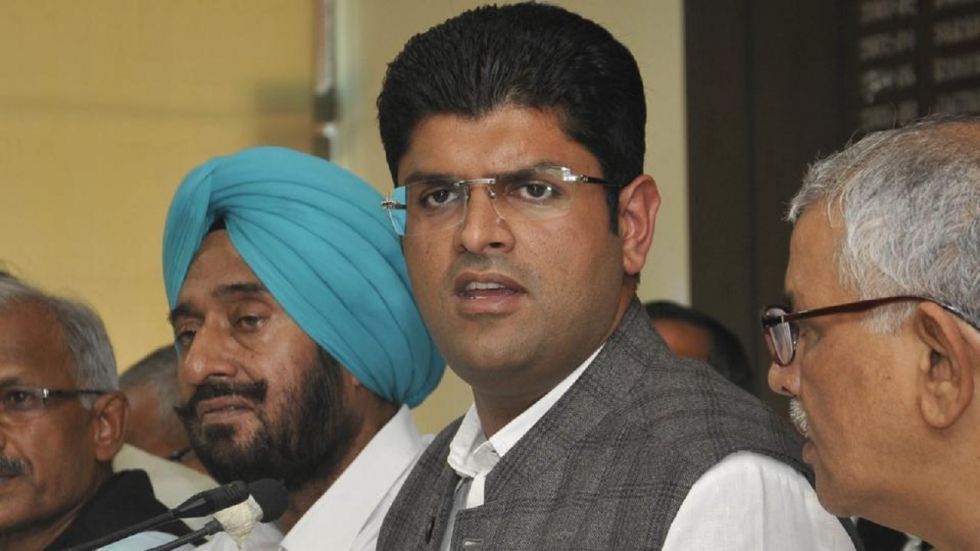 The Jannayak Janata Party (JJP), led by Dushyant Chautala, on Monday released a list of 15 candidates for the upcoming Assembly elections in Haryana scheduled to be held on October 21. Of the 15 nominees for the poll, two have been named from reserved constituencies - Sadhaura and Nilokheri. While Kusum Sherwal has been fielded from Sadhaura Assembly segment, Bhim Singh Jallala will contest the Nilokheri seat.

Other 13 candidates are - Bhag Singh from Kalka, Mange Ram from Radaur, Randhir Singh from Pehowa, Rajesh Dhull from Pundari, Gardev Ramba from Indri, Kuldeep Malik from Gohana, Rajender Ganeriwala from Sirsa, Sanjay Dalal from Bahadurgarh, Sanjay Kablana from Badli, Upender Kadyian from Beri, Moola Ram from Nangal Chaudhary, Talyya Hussain Ghasediya from Nuh and Kuldeep Tewatia from Faridabad. In mid-September, the JJP released its first list of candidates, which included a former minister and two ex-MLAs.

Jannayak Janata Party has released a list of 15 candidates for the upcoming elections to the legislative assembly of Haryana. pic.twitter.com/XdqWDy5CU0

The second list comes just a day after Mayawati-led Bahujan Samaj Party (BSP) on Sunday announced names of 41 candidates for the legislative assembly polls in Haryana. The two parties - JJP and BSP, which on August 11 announced to contest the Haryana poll together, in early September called off the alliance following a disagreement regarding the seat-sharing deal.

Announcing the decision to end the alliance on Friday night, Mayawati tweeted that the agreement reached with Chautala for the assembly elections in Haryana was "inappropriate" in terms of the proposed seat-sharing formula. While Chautala offered BSP 40 out of the 90 assembly constituencies for the Haryana Poll, Mayawati decided to part ways and will field candidates on all seats in the state.

The BSP had earlier formed an alliance with Om Prakash Chautala-led INLD, which lasted for only nine months. It also had an alliance with former MP Raj Kumar Saini's Loktantra Suraksha Party (LSP) during the Lok Sabha polls. LSP, led by former Kurukshetra MP Raj Kumar Saini, which is also contesting the assembly polls, on Sunday announced names of 16 candidates for the assembly polls.

Meanwhile, the ruling Bharatiya Janata Party (BJP) is holding a series of meetings to finalise its candidates for the upcoming poll, with sources indicating that the party's seat-sharing arrangement with the Shiv Sena in the state will be announced in a day or two. The Congress, too, has not released any list of candidates so far.

While the main contest for the next month's polls is seen between the ruling Bharatiya Janata Party and the main opposition Congress, other players in the poll ring include the Indian National Lok Dal, JJP formed after a vertical split in the INLD, AAP, Swaraj India party and the LSP.

In the 2014 election, BJP had won the 122 seats followed by Shiv Sena with 63 seats in the 288-member Haryana assembly. Assembly elections in Haryana, along with Maharashtra, is scheduled to be held on October 21. The results will be announced on October 24.