Dushyant Chautala’s JJP will get the Deputy CM post in ML Khattar government. 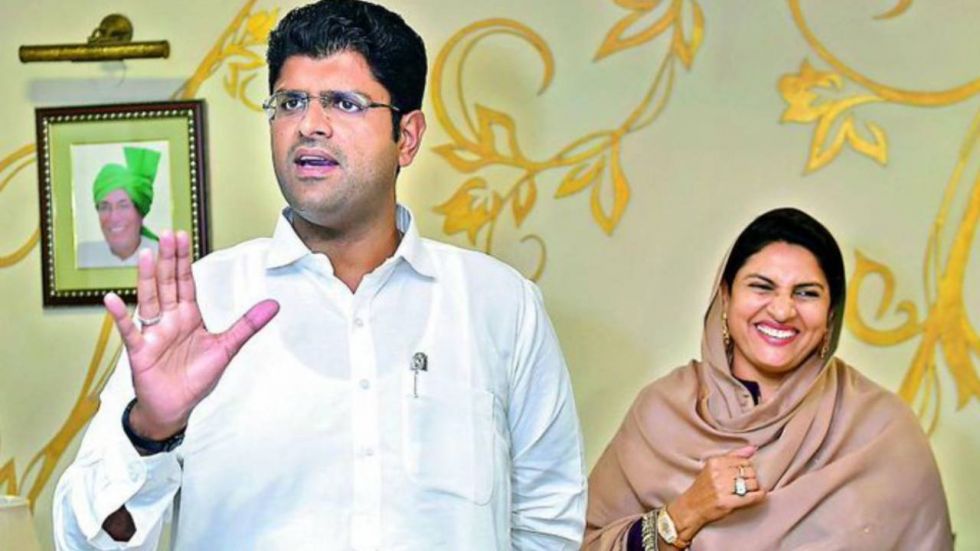 Jannayak Janta Party (JJP) leader Naina Singh Chautala may become the deputy CM of Haryana. BJP president Amit Shah on Friday announced that the Bharatiya Janata Party (BJP) and JJP will form the next government in Haryana, adding that Manohar Lal Khattar will remain as the Chief Minister, while Dushyant Chautala’s party will get the Deputy CM post.

Naina Singh Chautala has become the first woman MLA from the Chautala clan in the 2014 assembly elections winning from Dabwali. She was one of the four MLAs who joined her son's party Jannayak Janta Party after a split in Indian National Lok Dal. In 2019, she contested from the Badhra seat defeating Congress candidate Ranbir Singh Mahendra by a margin of 13,704 votes. Naina's political innings, which was interested in shooting before marriage, started in the year 2014.

On Friday evening, BJP president Amit Shah announced at a press conference held with JJP leader Dushyant Chautala, whose party has won 10 seats in the 90-member assembly, that the chief minister will be from his party and the deputy chief minister from the regional party. Incumbent Chief Minister Manohar Lal Khattar is likely to be elected the BJP legislative party leader at a meeting in Chandigarh on Saturday and will then stake claim before the governor to form the government.