Aaditya made the announcement at a party rally in Mumbai. Shiv Sena's sitting MLA Sunil Shinde will vacate his place for Aaditya. 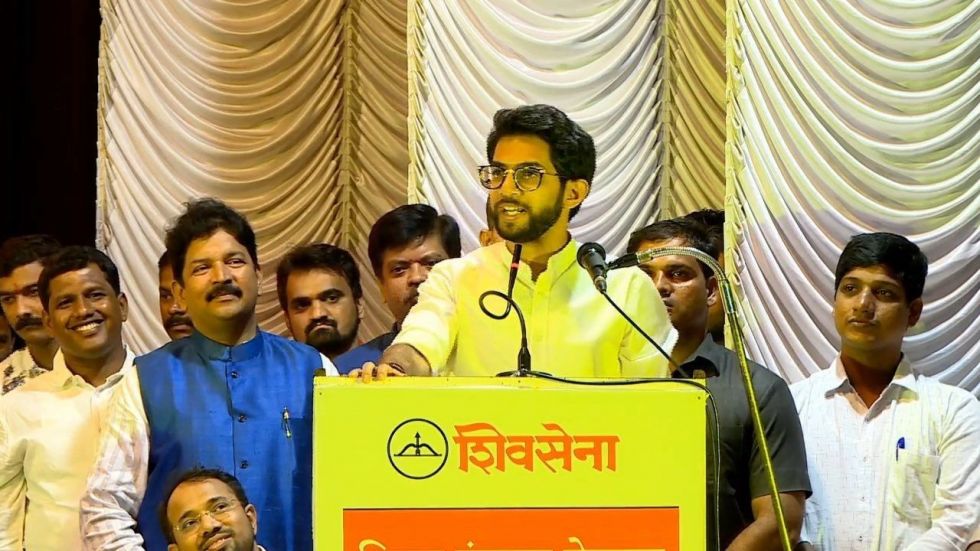 Aaditya Thackeray made the announcement at a party rally in Mumbai. (Twitter)

Aaditya Thackeray, the son of Shiv Sena chief Uddhav Thackeray, on Monday said he will contest the Maharashtra Assembly polls from Worli constituency, becoming the first from family in the poll arena. Aaditya made the announcement at a party rally in Mumbai. Shiv Sena's sitting MLA Sunil Shinde will vacate his place for Aaditya.

"I am sure of victory as I have the blessings of you all," he told the gathering.

"Worli is considered one of the safest constituencies for the Sena, hence Aaditya's candidature has been finalised. Former NCP leader Sachin Ahir had recently joined the Sena, which will make Thackeray's win easy," a Sena source said.

Ahir had unsuccessfully contested the 2014 assembly election against Sunil Shinde.

Ever since the Shiv Sena was founded by late Bal Thackeray in 1966, no member of the family had contested any election or held any constitutional post.

Uddhav's cousin and Maharashtra Navnirman Sena (MNS) chief Raj Thackeray had announced his intention to contest the 2014 state assembly elections. However, he later changed his mind.

The Shiv Sena has been projecting Aaditya as the chief ministerial face if the Sena bags the highest number of seats in the next month's Assembly polls.

Uddhav Thackeray had on Saturday recalled the "promise" he had made to his late father Bal Thackeray to install a 'Shiv Sainik' (party worker) as the chief minister of Maharashtra.

His statement had come against the backdrop of the BJP top brass repeatedly stressing that incumbent Chief Minister Devendra Fadnavis would helm the state once again.

In July, Aaditya launched a state-wide 'Jan Ashirwad Yatra' to thank the electorate for their support in the last Lok Sabha polls and to seek their backing for the upcoming Assembly elections.

In the 2014 Assembly elections, the BJP and the Sena had contested separately over a dispute over sharing of seats. The BJP won maximum 122 out of 260 seats it had contested while the Sena bagged 63 out of 282 seats.

After the BJP formed the government in October 2014, the Sena joined it in December the same year.