Congress-NCP has had long and positive discussions today. Discussions will continue; I am sure we will be able to give a stable govt to Maharashtra very soon, says Prithviraj Chavan, Congress on Maharashtra government formation. 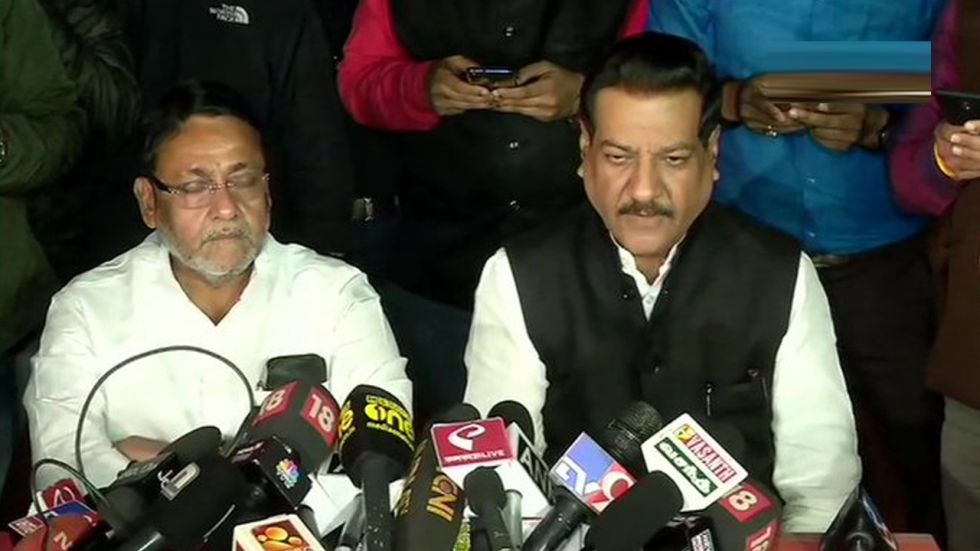 After getting Sonia Gandhi's nod to alliance with Shiv Sena, Congress and NCP on Wednesday said that the two parties have decided to give an alternative government in Maharashtra. Addressing a joint press conference after hours long delibrations at Sharad Pawar's residence, former Maharashtra chief minister Prithviraj Chavan assured a stable government in the state "very soon".

"Congress-NCP has had long and positive discussions today. Discussions will continue; I am sure we will be able to give a stable govt to Maharashtra very soon," Chavan said. The former Maharashtra CM, however, added that more talks are needed in order to finalise the coalition with Sena.

Senior NCP leader Nawab Malik, who accompanied Chavan at the presser, also said that both NCP and Congress have decided to give a non-BJP government in Maharashtra, adding that they were doing their best to resolve all the issues to provide an alternate government.

"Congress-NCP together decided that we must give an alternate govt in Maharashtra. It is not possible without NCP-Congress-Shiv Sena coming together. We are trying our best to resolve all issues. We will provide alternate govt as soon as possible," Malik was quoted as saying by news agency ANI.

The announcement has come two days after the 50-minute-long meeting between NCP cheif Sharad Pawar and Congress president Sonia Gandhi in Delhi. It was this meeting when Sonia Gandhi, who was extremely warrying about joining hands with Shiv Sena, gave her go ahead to the three party coalition. After Sonia Gandhi's nod, rest of the modalities were finalised during today's marathon meeting at Pawar's.

In the October 21 Maharashtra polls, the BJP-Sena saffron alliance secured a comfortable majority by winning 105 and 56 seats respectively in the 288-member assembly. The Congress and the NCP, pre-poll allies, won 44 and 54 seats respectively. However, failing to evolve a consensus over the chief minister’s post, the two saffron parties parted ways, with the Sena exploring the possibility of tying up with the Congress-NCP.