A delegation of Shiv Sena, Congress and NCP leaders will meet Maharashtra Governor Bhagat Singh Koshyari at 4:30 pm on Saturday. 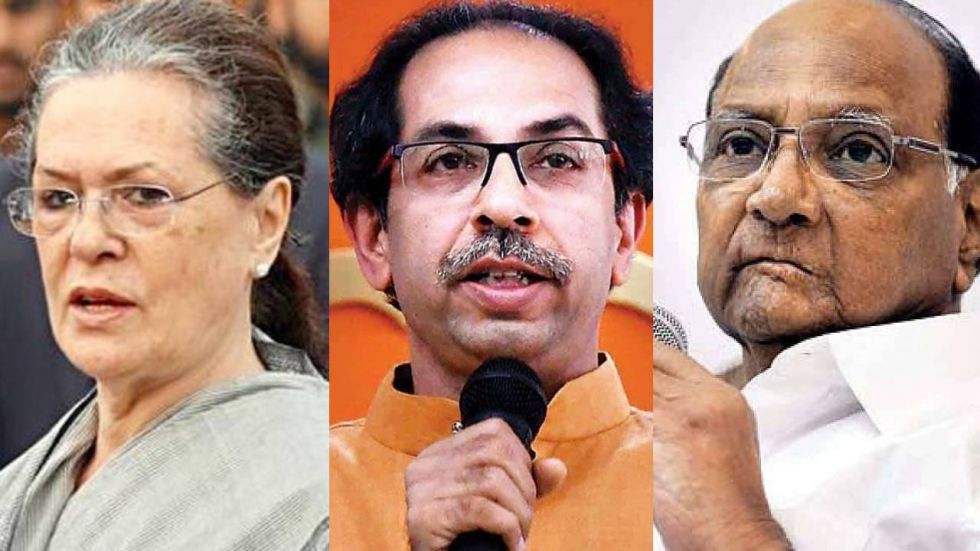 The agenda of the meeting is seeking relief for rain-affected farmers in the state (Photo Credit : Composite Image )

A delegation of Shiv Sena, Congress and Nationalist Congress Party (NCP) leaders will meet Maharashtra Governor Bhagat Singh Koshyari at 4:30 pm on Saturday. While the agenda of the meeting is seeking relief for rain-affected farmers in the state, the meeting has assumed another level of significance with the three parties discussing a formula to form the next government in the state.

Earlier it was announced that a Congress-NCP delegation would meet the governor, but Sena sources said their leaders too would join them. It triggered speculation that the meeting with Governor Bhagat Singh Koshyari could be for staking claim to form government.

The meeting comes a day after the reports of NCP, Congress and Shiv Sena agreeing on an common minimum programme (CMP) to form the government in Maharashtra. According to sources, the Shiv Sena will get a full-term chief minister in a prospective coalition government with the Nationalist Congress Party (NCP) and the Congress. The Congress and the NCP will get to appoint one deputy chief minister each from their ranks. The Shiv Sena, the NCP and the Congress will get 16, 14, and 12 ministers, respectively.

However, the leaders of the all three parties have maintained that the meeting was only to discuss farmers distress and administration collapse.

Former chief minister and Congress leader Prithviraj Chavan said they would demand expeditious disbursal of the special package of Rs 10,000 crore, announced earlier. They would also demand that the government, now headed by the Governor as the state is under President's rule, should declare how much compensation farmers would get per hectare, he said.

Crops over 54.22 lakh hectares in 325 tehsils were damaged due to unseasonal rains last month. Earlier this month, the outgoing BJP-led government had sanctioned Rs 10,000 crore to provide immediate relief to the farmers. Non-BJP parties, including the Shiv Sena, had dubbed the package as insufficient, and demanded assistance of Rs 25,000 per hectare for farmers.

The state was placed under President's rule on November 12 after no political party staked claim to form the government following declaration of assembly election results on October 24. Talks are on between Congress, NCP and Shiv Sena for government formation, after the Sena's alliance with the BJP fell apart over sharing of the chief minister's post.