The State Has 147 Assembly Segments But Polling In Patkura Was Postponed Twice Following The Death Of A Candidate And Then Due To Cyclone Fani.

Odisha CM-elect Naveen Patnaik on Sunday met Governor Ganeshi Lal to stake his claim for forming the next government in the state. Lal invited Patnaik to form the next government following his election as the leader of the BJD legislature party in Odisha for a record fifth term in a row. During his meeting to the Governor, Patnaik also furnished the list of 112 newly elected MLAs in this Assembly elections.

"After being satisfied that BJD commands majority, the Hon'ble Governor extended invitation to Naveen Patnaik to form the new government," according to a Raj Bhavan spokesperson.

Patnaik was chosen the leader by the newly elected Biju Janta Dal (BJD) MLAs during a 45-minute meeting at the party headquarters in Bhubaneswar. Thanking the newly elected legislators for electing him as the legislature party leader, Patnaik said the new government would work hard to ensure speedy development of the state.

"I am very grateful to the MLAs for unanimously electing me as the BJD legislature party leader. We will work hard for the state's development," Patnaik was quoted as saying by media. 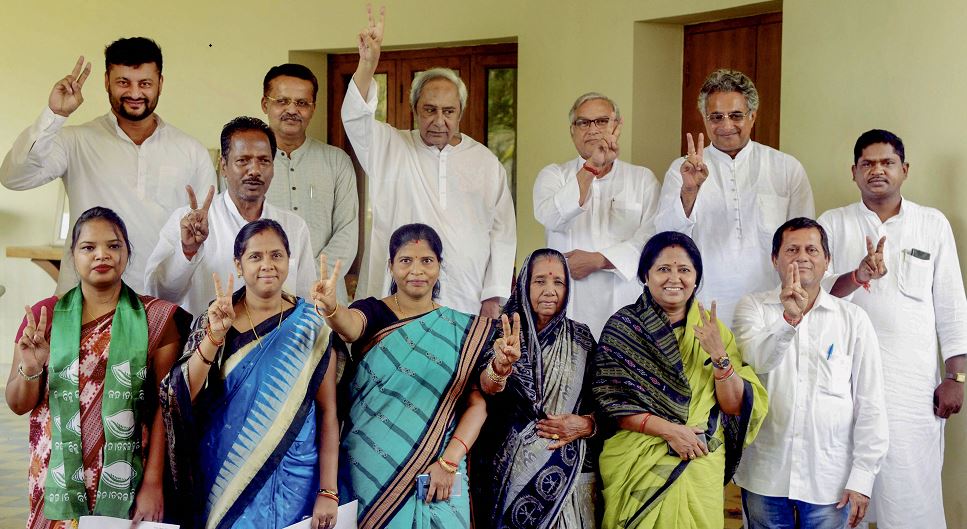 In a stellar performance in the recently concluded Assembly polls in Odisha, the BJD has bagged 112 of 146 Assembly seats. The state has 147 assembly segments but polling in Patkura was postponed twice following the death of a candidate and then due to cyclone Fani.

The BJD also won 12 out of the 21 parliamentary constituencies in the Lok Sabha elections, which was held simultaneously with the Odisha Assembly elections.

Patnaik, who led the party to an emphatic victory in the Odisha assembly elections, is scheduled to be sworn in as the chief minister for a record fifth consecutive term on May 29. The oath taking ceremony will be held at the Exhibition Ground in Bhubaneswar.