I will try my best to fulfil the expectations, Vijay Rajbhar told reporters after getting a BJP ticket to contest the upcoming Uttar Pradesh bypoll from Ghosi Assembly segment. 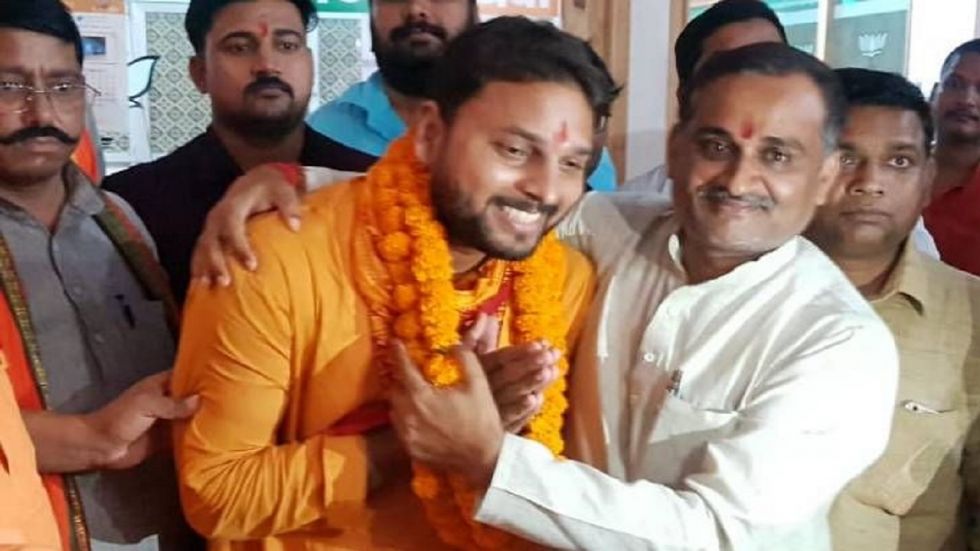 In what could be the proudest moment for a father, Vijay Rajbhar, son of a vegetable vendor in Uttar Pradesh's Mau district, is named as the BJP candidate for the upcoming bypoll to Ghosi Assembly segment in the politically crucial state.

"The organisation has given a huge responsibility. My father sells vegetables on the footpath near Munshi Pura. I will try my best to fulfil the expectations," Vijay told reporters on getting the BJP ticket to contest the UP bypoll.

In response to a query about his son's achievement, Vijay's father Nand Lal Rajbhar said, "I sell vegetables. My son's hard work has paid off. The party has given him a ticket after considering him capable. It feels good".

The Bharatiya Janata Party (BJP) on Sunday released a list of 32 candidates for byelections to different Assembly constituemcies in various states across India.

Bypolls to 51 Assembly seats across 17 states and Samastipur Lok Sabha constituency in Bihar are scheduled to be held on October 21. The counting of votes for all the states will be taken up on October 24.