Maruti Suzuki India (MSI) said on Tuesday that it has launched a new version of its entry-level hatchback Alto 800, priced between Rs 2.93 lakh and Rs 3.71 lakh (ex-showroom Delhi).

Maruti Suzuki India (MSI) said on Tuesday that it has launched a new version of its entry-level hatchback Alto 800, priced between Rs 2.93 lakh and Rs 3.71 lakh (ex-showroom Delhi).

The model, which has been the country’s best-selling model for 15 consecutive years, now comes with BS-VI emission norms compliant petrol engine, additional safety features and new design. Therefore, the price of the model has gone up by at least Rs 30,000 in Delhi as compared with the outgoing version.

“With cumulative sales of over 3.7 million since its launch in 2000, Alto has been a symbol of pride for Indian car users. Nearly 58 per cent of Alto customers have chosen it as their first car purchase,” MSI Senior Executive Director (Marketing & Sales) RS Kalsi said. The new Alto 800 is country’s first BS-VI compliant entry segment car with a powerful engine and high fuel efficiency of 22.05 km/litre, he added.

It also complies with upcoming crash and pedestrian safety regulation. The new Alto 800 would be available in three variants priced at Rs 2.93 lakh, Rs 3.5 lakh and Rs 3.71 lakh respectively. The model was earlier priced between Rs 2.63 lakh and Rs 3.93 lakh (ex-showroom Delhi). 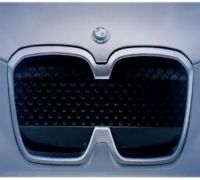 BMW to recall 360,000 cars in China over Takata airbags 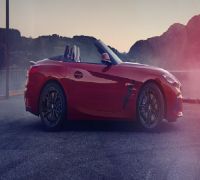 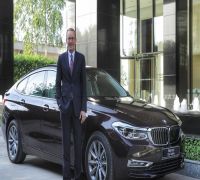 MSI has sold over 3.7 million units of the model since its launch in 2000. Earlier, this month, the company had upgraded Alto K10 with various safety features leading to a price increase of the model by up to Rs 23,000 in Delhi/NCR.

In the month of February, Maruti Suzuki Alto became the best-selling passenger vehicle in the Indian market, leading the pack of the auto major’s models that grabbed seven places in the top 10 list, according to industry data. Three models from the stable of Hyundai Motor India Ltd (HMIL) also made it to the list of top 10 selling PVs, the latest data by Society of Indian Automobile Manufacturers (SIAM) showed.

The list clearly showed the dominance of the two companies in the Indian passenger vehicle (PV) market. The Alto retained its number one position by selling 2,59,401 units in 2018-19 as against 2,58,539 units in the previous financial year. MSI’s compact sedan Dzire stood second with sales of 2,53,859 units in the year. The older version of the sedan had also occupied the second spot in 2017-18 with 2,40,124 units.