Mercedes-Benz set to assemble cars in Egypt with local partner

Mercedes-Benz cars and the Egyptian government on Monday signed an agreement to locally assemble the company's passenger cars in the country.

Mercedes-Benz cars and the Egyptian government on Monday signed an agreement to locally assemble the company's passenger cars in the country. It is to be noted that the main agenda of the (Memorandum of Understanding) MoU is to further improve the market position of Mercedes-Benz Cars in Egypt.

The agreement not only describes a local Mercedes-Benz passenger car assembly, but also contains other potential fields of cooperation. Interestingly, the assembly will be set up by a local business partner. It also emphasises the involvement and know-how of Egyptian suppliers.

"Egypt has been an important market of Daimler for passenger cars, busses and commercial vehicles for many years. In the long term, we create various potential for the country and the region through strategic cooperation for mobility topics. Thereby we contribute to stabilising the economic environment," said Markus Schafer, member of the Daimler AG Board of Management for Corporate Research and Mercedes-Benz Cars Development.

"In building up a local car assembly, we will be able to structure our production network even more flexibly and efficiently and respond even better to the needs of our customers," said Jorg Burzer, Executive Board member Mercedes-Benz Cars, Production and Supply Chain.

Importantly, Egypt Prime Minister Moustafa Madbouli also witnessed the signing of a cooperation agreement between the Egyptian government and German automaker Mercedes-Benz. He said that the agreement represents a quantum leap in Egypt's auto industry, asserting that Mercedes-Benz hub will not just serve Egypt, but also the whole region.

With the planned car assembly operation in Egypt, Mercedes-Benz Cars is supporting Egypt as an industrial location. Already now, Mercedes-Benz is securing more than 1,000 direct and indirect jobs in Egypt with its own import and sales organisation, a central spare parts warehouse and numerous authorised retailers and workshops in Cairo, Gizeh, Alexandria and Hurghada. With the new car assembly operation, Mercedes-Benz Cars will create new employment and contribute to better training opportunities with the planned training centre. 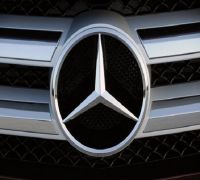 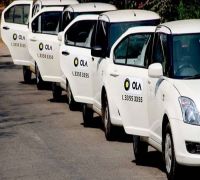 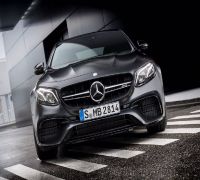