MG Motor has kick started production of the Hector SUV in India. It is to be noted that the British Automaker will make a debut in India with the Hector SUV on May 15.

The Hector SUV has started rolling off the MG Motor’s assembly line from its plant in Halol, Gujarat. The facility will be responsible for adding more cars to the company's portfolio in India. According to the company, MG Hector will see at least 75 per cent of local content.

The current capacity of Halol manufacturing facility is about 80,000 units per annum, which will later expand to 200,000 units, as per the requirement. 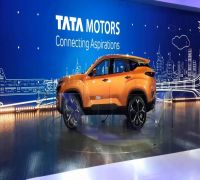 Tata Motors may drop small diesel cars from its portfolio 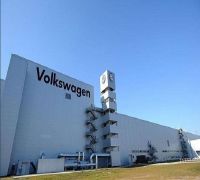 The company had earlier revealed that it will be making an initial investment of Rs 2,000 crore and have an annual capacity of manufacturing 80,000 units per year, to begin with. Over the next six years, MG Motor plans to invest Rs 5,000 crores in India.

Let’s take a brief look at specifications of Hector SUV:

MG Hector SUV will be the largest in this class with a length of 4655 mm, a width of 1835 mm and a height of 1760 mm. It will come with a set of large 10-spoke alloy wheels and large outside rear-view mirrors with integrated turn signal lights. Other features the SUV is expected to offer include a premium cabin equipped with power adjustable seats, electronic parking brake, 360-degree camera and cruise control.

Up front, the car has a split-headlamp setup with the DRLs at the top and quad-headlamp elements in the bumpers. The fog lamps underline the headlamps and get a chrome surround for the entire unit. The car also has an electrically operated tailgate with LED taillamps.

Inside the Hector, there’s a 10.4-inch touchscreen running the iSMART system. It runs on an in-car Android-based OS with 4G connectivity. The system also supports Android Auto and Apple CarPlay connectivity and gets a Gaana and Accuweather premium account for free. It further enables the SUV to pack features like voice commands for vehicle controls like sunroof and climate control.

The car also has a real-time traffic updates, tyre pressure monitoring system, climate control and weather updates on the big screen itself.

MG Hector will come with the option of both, petrol and diesel powertrains - 1.5-litre, 4-cylinder engine and the Fiat-sourced 2.0-litre oil burner engine respectively. Transmission options could include both manual and automatic option.

Competition-wise, MG Hector will go up against Hyundai Creta and Nissan Kicks on the one end and the Jeep Compass or Hyundai Tucson at the other. MG Hector is expected to be priced from Rs 15 lakh to Rs 20 lakh (ex-showroom).