The Lebanese authorities have already stressed that Ghosn - who holds the French, Lebanese and Brazilian nationalities - had entered the country 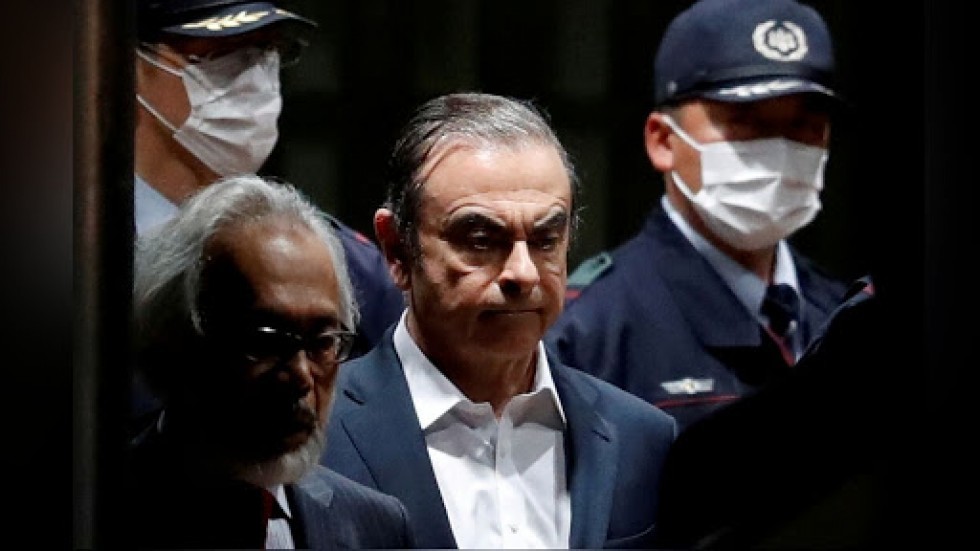 Carlos Ghosn was arrested in Tokyo in November 2018 and has been under house arrest since April, facing multiple charges of financial misconduct. (Photo Credit : Reuters )

Former Renault-Nissan boss Carlos Ghosn, who skipped bail in Japan and fled to Beirut, is due to be summoned by Lebanon's public prosecutor next week, an official said on Friday. Japanese investigators are probing how the man who was once the country's best paid corporate executive managed to slip out of house arrest and dodge trial, causing a national embarrassment. In Turkey, where Ghosn switched jets on his way to Beirut, a private aviation company said its aircraft were used illegally and filed a complaint after the authorities arrested seven individuals over the secret transit.

The Lebanese authorities have already stressed that Ghosn -- who holds the French, Lebanese and Brazilian nationalities -- had entered the country legally and that Beirut had no extradition agreement with Japan.

An official speaking to AFP on condition of anonymity said a summons was expected to be handed to Ghosn next week, as a result of Interpol issuing a "red notice" against him.

"The Lebanese judiciary is obliged to hear him. But it can still decide whether to arrest him or let him remain free," the official said, adding that Ghosn could be heard on January 7 or 8.

Ghosn was arrested in Tokyo in November 2018 and has been under house arrest since April, facing multiple charges of financial misconduct.

An Interpol "red notice" is a request to law enforcement across the world to provisionally arrest a person pending extradition, surrender or similar legal action. It is not an arrest warrant.

On Thursday, Kyodo News quoted an associate of Ghosn, Imad Ajami, as claiming the tycoon was helped by two private security operatives who pretended to be part of a music band for a Christmas party.

But according to public broadcaster NHK, a surveillance camera at his Tokyo residence showed him leaving alone around noon on December 29 and not returning.

In Turkey, the interior ministry opened an investigation into how Carlos Ghosn was able to switch private jets in Istanbul unnoticed.

The probe is focused on two jets: one that flew from Osaka to Istanbul, from where another took off 45 minutes later, bound for Beirut.

The Turkish private jet company MNG filed a complaint Friday alleging its aircraft were used illegally and said one employee admitted to falsifying the flight manifest to keep Ghosn off the passenger list.

Ghosn said in a statement on Thursday that he acted alone without his family's help.

The 65-year-old is due to speak to the media in Beirut next week. "I have not fled justice -- I have escaped injustice and political persecution," Ghosn had said in a December 31 statement.

Some Lebanese see him as a symbol of their country's fabled entrepreneurial genius and a star representative of its vast diaspora. The mood has changed since his November 2018 arrest, however, and weeks into an unprecedented wave of protests against corruption and nepotism, activists saw his return as another manifestation of privilege and impunity for the super-rich.