Market benchmark BSE Sensex on Monday plummeted by 793 points or 2 per cent, its biggest single-day loss this year so far, due to heavy selling in financial, auto and oil stocks as investors turned edgy after the twin impact of budget tax proposals and a global selloff. The 30-share Sensex tanked 907 points in the intra-day trade before settling at 38,720.57 points, showing a sharp loss of 792.82 points or 2.01 per cent. The broader Nifty of the NSE tanked 252.55 points, or 2.14 per cent, to close at 11,558.60 points.

After the budget presentation on Friday, the market capitalisation of BSE-listed firms dived Rs 5,61,772.64 crore. Sensex had dropped 394.67 points on Friday. Among the Sensex scrips, Bajaj Finance fell the most by 8.18 per cent, followed by ONGC at 5.43 per cent.

“The Budget failed to revive bullish sentiments among the investor community. The disappointment was aggravated as the market’s expectations of a stimulus package to revive growth were not met. Further, expectations of weak earnings growth in the coming quarter are dampening sentiments,” Sunil Sharma, the Chief Investment Officer of Sanctum Wealth Management commented. 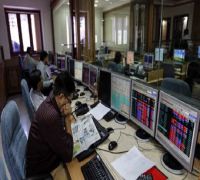 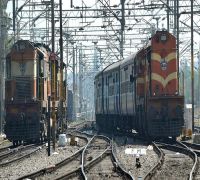 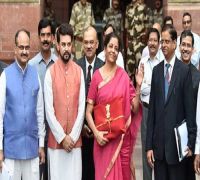 Union Budget 2019: Who got what? Here are the winners and losers

All the sectoral indices ended in the red, with BSE capital goods, realty, auto, power, industrials, finance, bankex, oil and gas, utilities and metal index falling up to 3.78 per cent. Broader BSE midcap and smallcap indices followed the benchmark, cracking up to 2.46 per cent. Yes Bank, HCL Teck and TCS, however, bucked the trend to gain up to per cent.

The Union Budget proposal to raise the public shareholding threshold to 35 per cent from the current 25 per cent and higher tax incidence for foreign portfolio investors and high networth individuals continued to spook domestic investors, traders said.

Other tax proposals like charge on share buyback also piled on the investor sentiment. A heavy selloff in global markets after the positive US job data hit expectations of a rate cut by the Federal Reserve weighed on the investors.

Asian markets ended significantly lower with the Shanghai Composite Index ending down by 2.58 per cent lower, Hang Seng by 1.54 per cent, Nikkei by 0.98 per cent and Kospi tumbling 2.20 per cent. Equities in Europe were also trading lower in their respective early sessions.

“Today’s market fall has been due to a combination of global and domestic factors. Globally, a positive payroll expansion- ahead of estimations, has led to a fear of anticipated Fed rate cut not coming through. Domestically, proposals in the budget to increase in minimum public shareholding levels to 35 per cent was a dampener along with 20 per cent tax on share buy-backs,” said Pradeep Kesavan, Senior VP, Equity Strategy, Institutional Equities, Elara Capital.

Overall market breadth was negative as 1,953 scrips declined on BSE while 571 advanced. On the currency front, the Indian rupee depreciated 30 paise to 68.72 against the US dollar which gained strength after the US job data. Meanwhile, the global oil benchmark Brent crude futures were trading 0.12 per cent higher at 64.31 per barrel.