RBI Governor Shaktikanta Das also admitted the slowdown in auto sector but expressed hope that the growth will pick up soon.

Triggered by the slumping sales of cars and motorcycles, the "recession" in the auto sector poses a massive challenge to the Modi government.

Nearly 3,50,000 people have lost their jobs since April as India’s auto sector faces worst ever slump, forcing companies to shut down their factories and axe shifts, according to a report published in Reuters. The report, citing industry sources, slumping sales of cars and motorcycles have forced automakers, parts manufacturers and dealers to laid off these workers.

While car and motorcycle owners handed pink slips to at least 15,000 employees, component manufacturers laid off 100,000 employees. The remaining jobs were lost at dealers end with many of them closing their agencies.

Industry executives said that it was the worst downturn the Indian auto sector has suffered. They are meeting with finance ministry officials demanding tax cuts and easier access to financing in order to help the auto industry revive. Vinnie Mehta, director general of the Automotive Component Manufactures Association of India (ACMA) highlighted the plight of auto sector, saying that the industry was facing a "recessionary phase".

Reserve Bank of India cuts repo rate by 35 basis points to 5.40 per cent 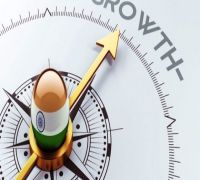 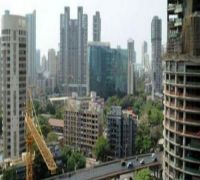 Triggered by the slumping sales of cars and motorcycles, the "recession" in the auto sector poses a massive challenge to the Narendra Modi government as it often faces criticism from the Opposition for “ruining” India’s economy.

Admitting the slowdown in India’s economy, the Reserve Bank on Wednesday slashed the lending rates by an unprecedented 35 bps to 5.40 percent in the fourth successive rate reductions since December 2018. The central bank has also lowered its GDP growth projection from 7 per cent in June policy to 6.9 per cent now.

RBI Governor Shaktikanta Das said that both urban and rural demand has been hit which is evident in the slowdown in sales of two-wheelers and tractors in rural areas and passenger cars in cities. He, however, exuded confidence that the growth will pick up soon and pointed out to the estimate of the growth number hitting 7.5 percent in the last quarter of the fiscal.