Last month, the Kejriwal government had announced free of cost travel for women in Delhi Metro and DTC buses.

Ahead of the upcoming Assembly elections, Delhi Chief Minister Arvind Kejriwal on Thursday said that after women, his government will consider making travel on public transport free for senior citizens and students. During his interaction with a group of senior citizens selected under the ‘Mukyamantri Tirth Yatra Yojana’, Kejriwal said that his government was committed to make lives of people in the national capital easy.

Last month, the Aam Aadmi Party government in Delhi had announced free of cost travel for women in Delhi metro and Delhi Transport Corporation (DTC) buses. The Delhi chief minister said that the subsidy given to female passengers would not be imposed on anyone but encouraged to buy tickets to women, who can afford it. The move, which will come into effect once cleared by requisite authorities, will cost the Delhi government Rs. 700 crore this year, the chief minister said. 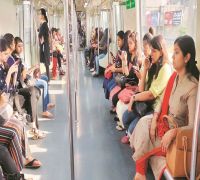 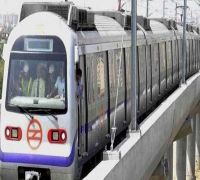 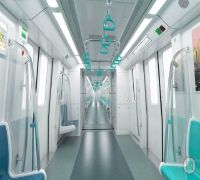 However, the proposed scheme was criticised by many, including ‘Metro Man’ and former Delhi Metro Rail Corporation (DMRC) chief E Sreedharan. In a letter to Prime Minister Narendra Modi, Sreedharan urged the prime minister not to agree to the proposal as it would set "an alarming precedence".

"Now, if ladies are to be given free travel concession in Delhi Metro, it would set alarming precedence to all other metros in the country. The argument of the Delhi government that the revenue losses would be reimbursed to the DMRC is a poor solace," the former DMRC managing director said, adding that it would push the Delhi Metro to "inefficiency and bankruptcy".