According to experts, the forecast remains bleak for the region. Next three days will witness further dip in the temperature along with brief spell of fog. 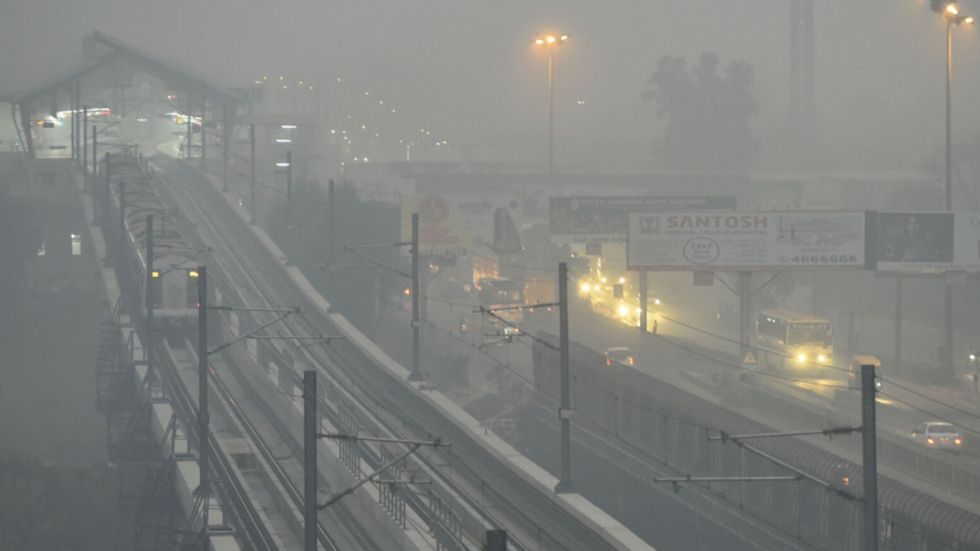 After respite of three days, Delhi’s air quality worsened yet again with the Air Quality Index (AQI) breaching 300-mark in several areas in the National Capital region on Wednesday. According to the government-backed monitoring agency SAFAR (System of Air Quality and Weather Forecasting And Research), the overall AQI of Delhi was registered at 269 in ‘poor category’. Gurugram had better AQI of 207, whereas Noida’s air quality breached the 300-mark at 333. The worst city in the National Capital Region in terms of the air quality was Ghaziabad with toxic air quality index of 362. Localities such as Indirapuram and Loni had very poor score of 356 and 363 respectively.

According to experts, the forecast remains bleak for the region. With high moisture in air, the pollutants remain trapped in the atmosphere. The IMD data showed that the speed of surface winds was recorded at 10 kmph. Low surface winds are also one of the cause of poor AQI. Next three days will witness further dip in the temperature along with brief spell of fog.

The Air Quality Index is a tool for effective communication of air quality status to people in terms, which are easy to understand. It transforms complex air quality data of various pollutants into a single number (index value), nomenclature and colour. There are six AQI categories, namely Good + Satisfactory, Moderately polluted, Poor, Very Poor, and Severe.

Last week, the Supreme Court had rebuked four states for their inaction. The top court had said that odd-even was not a permanent solution as the affluent class would drive cars anyway. The top court had said that the car rationing scheme achieved nothing and termed it as failure. The top court also raised concern over exemption for two-wheelers given by the Delhi government. The Supreme Court has ordered the top officials of Delhi, Punjab, Haryana and Uttar Pradesh to be present in court on November 29. The states have been ordered to present their answers by November 25.

The World Health Organization says that air pollution kills an estimated seven million people worldwide every year. The WHO data shows that 9 out of 10 people breathe air containing high levels of pollutants. More than 80% of people living in urban areas that monitor air pollution are exposed to air quality levels that exceed WHO guideline limits, with low- and middle-income countries suffering from the highest exposures, both indoors and outdoors. Some 91% of those premature deaths occurred in low- and middle-income countries, and the greatest number in the WHO South-East Asia and Western Pacific regions.