Authorities at the international airport in New Delhi have planned to increase the number of aircraft movements by over 40 per cent to 95 movements per hour in three years seeing the increasing passenger traffic at the airport. 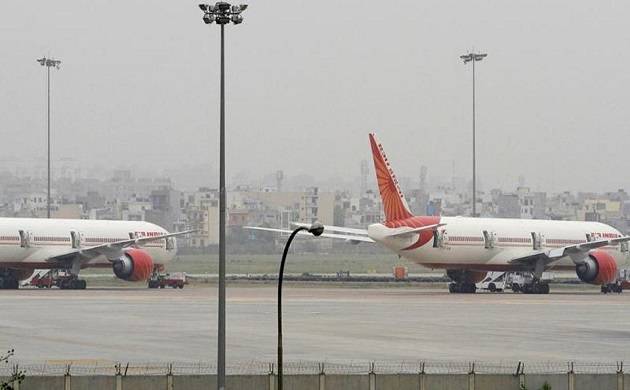 Authorities at the international airport in New Delhi have planned to increase the number of aircraft movements by over 40 per cent to 95 movements per hour in three years seeing the increasing passenger traffic at the airport.

After detailed discussions with stakeholders concerned on increasing the overall capacity at the Indira Gandhi International Airport (IGIA), Union Minister Jayant Sinha on Thursday said there is a "strong working hypothesis" to increase the aircraft movements at the aerodrome.

A takeoff or landing is considered as one aircraft movement.

Besides, a flight operations committee would be set up to look into various issues related to the airport and the panel would hold meeting every month.

Noting that the master plan for the Delhi airport is being re-evaluated, Sinha said UK-based NATS has been examining on how to increase airside capacity in the next two to three years.

Generally, airside capacity refers to takeoffs and landings that an airport can handle.

Currently, there are around 67 aircraft movements per hour at the airport under the summer schedule. This number is proposed to be increased to 95.

"We can expand it (aircraft movements) to 95 movements per hour in next two to three years... We think it is entirely feasible," Sinha said, adding that it can be done only with very close collaboration between all the stakeholders, including air traffic controllers, airport and airlines.

The Minister of State for Civil Aviation also noted that once the air side capacity is increased, then passenger handling capacity can go to 90 million from the current level of 60 million per year.

An official release said that by the end of this year, the air side capacity is expected to rise by 10 per cent, with around 72 to 73 movements per hour.

There are two operational terminals at the airport in New Delhi -- T1 and T3 -- while T2 construction is over but flights are yet to start operating from there.

While T1 has a rated capacity to 20 million passengers a year, the number of passengers passing through that terminal is around 24 million.

"NATS analysis is a strong working hypothesis. It is not a final scientific conclusion.

"There will be several months more of very detailed technical analysis, including simulations using the proprietary software to come to a conclusion on exactly how many movements are possible and by when," the minister said.

Against the backdrop of differences between the Delhi airport operator and airlines over proposed shifting of operations to T2, Sinha said planning for increasing terminal capacity depends on airside capacity.

Earlier in 2017, Delhi airport operator had asked no- frills carriers -- IndiGo, SpiceJet and GoAir -- to shift some of their operations to terminal 2 from terminal 1D.

However, differences have been persisting over the matter between the airlines and the airport operator.

IGIA is run under public private partnership with diversified group GMR being the majority stakeholder.