Route number 13A, through Kalindi Kunj road, between Noida and South East Delhi and further to Faridabad has been shut since December 15. 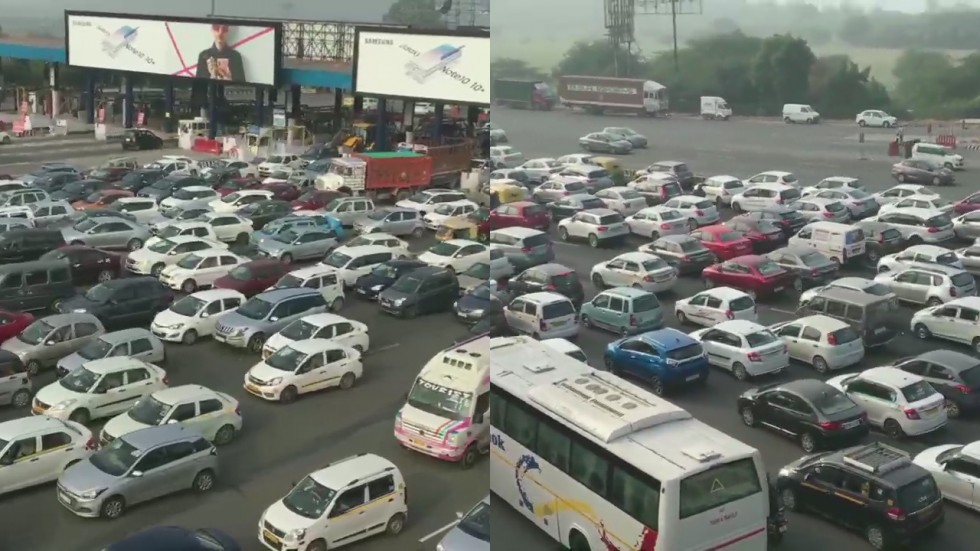 The closure of route number 13A leads to massive traffic congestions during peak hours on daily basis. (Photo Credit : ANI/Twitter )

As anti-citizenship law protestors continue to occupy a key road between Noida and South Delhi, several commuters said they were ‘tired’ of taking longer routes to work, shelling out more money and spending up to four times the usual time in commutating between home and work. Route number 13A, through Kalindi Kunj road, between Noida and South East Delhi and further to Faridabad has been shut since December 15, the day when the protest began at Shaheen Bagh, leading to massive traffic congestions during peak hours. Noida traffic police have advised commuters to opt for Delhi-Noida Direct (DND) flyway or the Chilla Regulator route for travel between Delhi and Noida.

Shivani, a Noida resident, said she commutes to work in Delhi's Sarita Vihar and now takes metro. But even that is becoming difficult as she has to change rickshaw twice during the journey, which costs her around Rs 100 on one side, she said.

Also, while returning home at night Shivani, who works in a private firm, said she preferred to drive instead of taking rickshaws and metro.

“So the closure of the road is taking more time, more effort and probably more money too,” she told PTI. Sector 137 resident Sanjay Sinha said it would take him around 25-30 minutes to reach for work near Apollo Hospital in Sarita Vihar but now it takes him more than two hours.

“I am tired of this...and so are many others like me who have to commute everyday between Noida and Delhi. Yesterday, I left the office at 5 pm and reached home at 8.30 pm. It was a taxing journey all the way through Ashram. Now I have to leave home at 7 am to reach office at 9, otherwise it was a matter of 25-30 minutes,” 51-year-old Sinha, a national manager in a private firm, said.

“I'm hoping this gets over soon and normalcy is restored,” he added. A senior Noida traffic police official said on an average 1.75 lakh vehicles crossed Kalindi Kunj road daily.

“Now a lot of that traffic gets diverted to DND and Chilla Regulator roads, leading to traffic snarls and congestion. During peak traffic hours, the congestion goes up to Maharani Bagh in Delhi and the Mahamaya Flyover in Noida," the official told PTI.