Delhi-NCR woke up to much clearer visibility on Saturday as strong winds scattered some of smog shrouding the region. 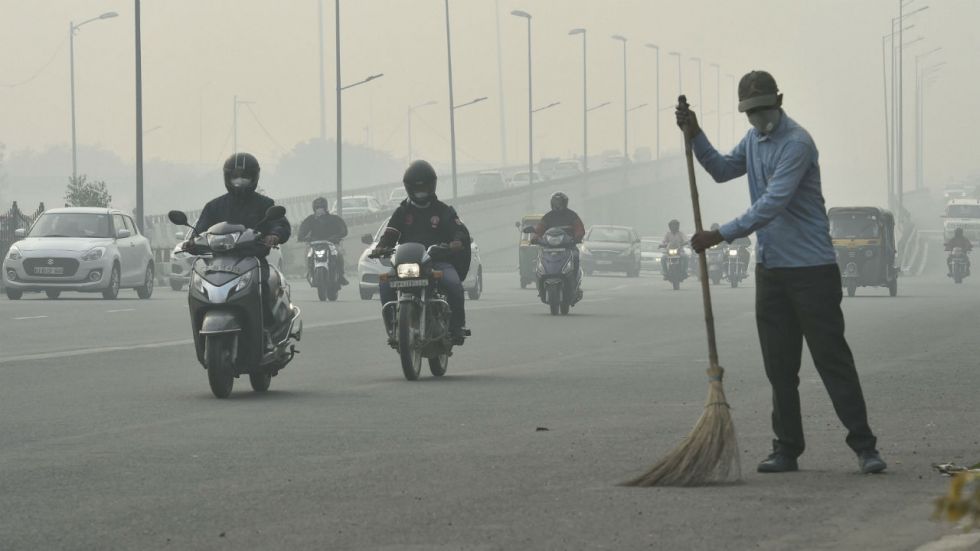 The AQI level in and around Delhi was in severe zone on Saturday morning (Photo Credit : PTI File )

People in Delhi-NCR woke up to much clearer visibility on Saturday morning as strong winds scattered some of smog shrouding the region. However, the air quality index remained in severe catergory. There is some hope of it getting better as day progresses. According to Ministry of Earth Science-backed System of Air Quality and Weather Forecasting And Research (SAFAR), the AQI level in and around Delhi was in severe zone on Saturday morning. While the overall air quality index (AQI) of Delhi stood at 434 around 8 am, the AQI in neighbouring Noida and Gurugram also improved when compared to Friday. The AQI in Delhi's posh Lodhi Garden was at 509 (PM 2.5 count), 485 near Delhi Airport, 458 at IIT Delhi, 421 in Pusa Road, 418 in Delhi University, 434 in Chandani Chowk and 433 in Mathura Road at 8 am.

The Air Quality Index in Noida was registered at 407 and the indicator was at 543 in Gurugram. In Ghaziabad, the AQI was 437 in Indirapuram, 440 in Loni, 430 in Vasundhara.

The third edition of the odd-even road rationing rule implemented due to poor air quality in Delhi ended on Friday with Chief Minister Arvind Kejriwal saying a decision on extending it further will be taken on November 18.

Meanwhile, according to a report by private weather forecasting agency Skymet, Delhi is the most polluted city in the world with an Air Quality Index (AQI) reading of 527, . In its report, published late on Friday evening, Skymet said the Air Quality Index (AQI) in the national capital had been "hazardous" for the past nine days - the longest such spell since AQI record-keeping was started.

The Skymet report also revealed dangerously poor air quality levels at various places around Delhi, including the upscale Lodhi Road area (AQI of 660) and Faridabad (AQI of 708). Other areas were AQIs were measured were Moti Nagar (AQI of 650) and Paschim Vihar (AQI of 629).

Air quality in Delhi and surrounding areas has deteriorated steadily since the Diwali weekend, leaving the city covered in a thick fog of poisonous fog. Delhi government has repeatedly blamed stubble burning in neighbouring states like Punjab and Haryana for exacerbating the problem. It had re-introduced the 'odd-even' scheme of vehicle rationing from November 4 to November 15, but Supreme Court and Central government have questioned the efficacy of the initiative.