Remember ‘Catch Me If You Can’? Find Out How Fake Pilot’s Flight of Fancy Crash-Landed At IGI. 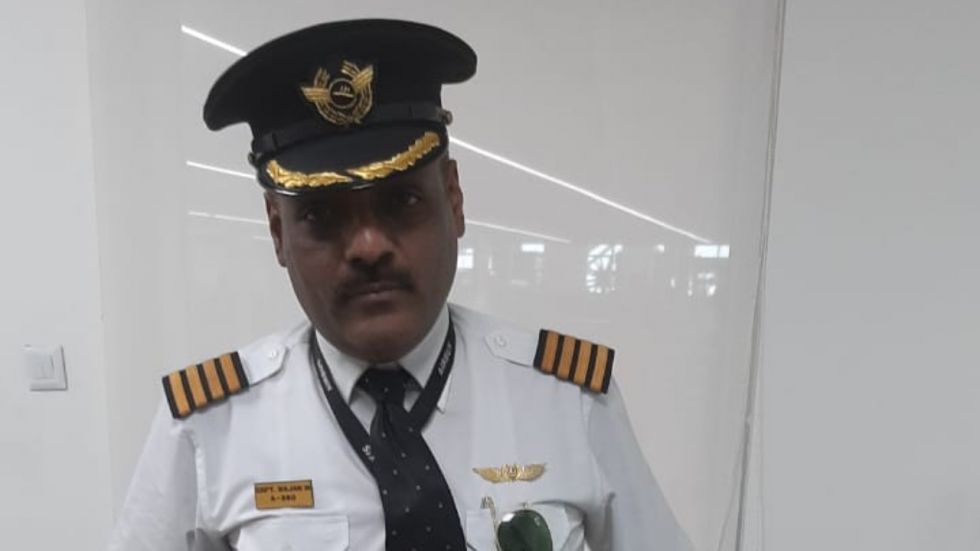 He loved uniforms. He loved uniforms so much that he would often pose to get pictures. Sometimes in military green and sometimes in jet black, he would often don various uniforms for sharp looks. But his favourite was that of a pilot. He was so pro at it that he successfully managed to fool airport authorities in Delhi and Kolkata for over six months! But on Tuesday his flight of fancy crash-landed at Delhi’s Indira Gandhi International Airport. Meet Rajan Mahbubani, the 48-year-old, who was arrested at the IGI airport. Dressed in smart uniform of a pilot, Mahbubani was arrested when he tried to board an AirAsia flight claiming to be an official of Lufthansa Airline.

Now, police and airport authorities are trying to find out what was the reason behind Mahbubani procuring fake pilot ID. So far, the police probe revealed that he used to get free upgrades and premium access while boarding a flight.

The police interrogation revealed that the 48-year-old was fond of wearing uniforms of different professions and getting himself snapped in different poses. In his phone, there are pictures of him posing as an Army colonel. He had shot videos of himself wearing different uniforms on TiKTok -- the social media app for recording and sharing short clips, police said.

Mahbubani ran out of luck after the AirAsia staff contacted the German airlines asking about his details. In turn, Lufthansa officials told their AirAsia counterparts to deboard the suspect. After brief interrogation, he was handed over to the CISF. Now, the Delhi Police is also probing the fraudster’s case.

Resident of Delhi’s Vasant Kunj area, Mahbubani reportedly told his interrogators that he used to shoot YouTube videos related to aviation industry. That’s how he managed to get the fake Lufthansa ID.

He used to get into the passage which is normally used by airline crew members for getting into the aircraft. He was also carrying a forged identity card of the said airlines. He also used pose as a pilot to seek preferential treatment from the airlines concerned, the DCP said.