JNU students have been protesting against a draft hostel manual, which has provisions for hostel fee hike, dress code and curfew timings. 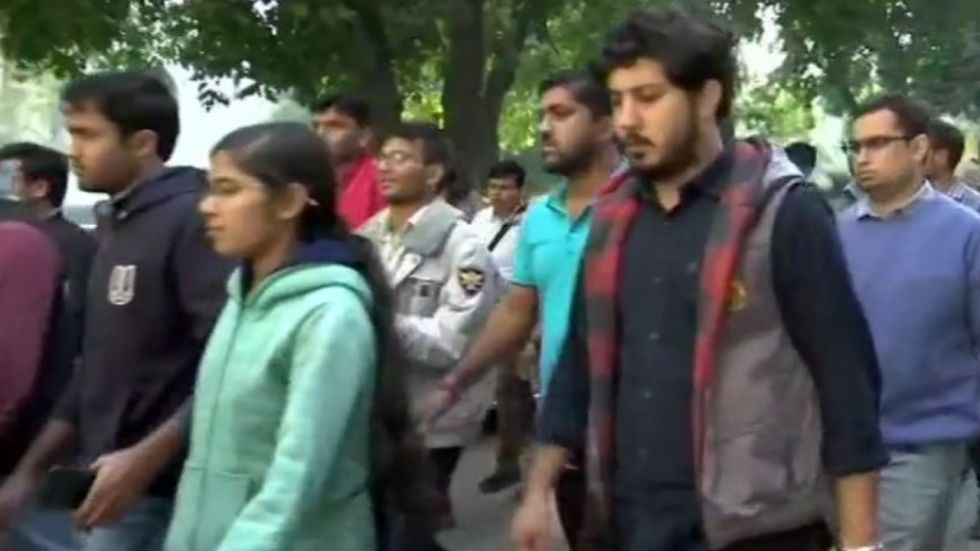 The meeting between Jawaharlal Nehru University Students' Union (JNUSU) office-bearers and the high-power committee constituted by the HRD Ministry to restore normalcy on the campus is currently underway, sources said. The meeting commenced around 10.30 am and the students' union office-bearers are attending it along with the student councillors from different schools, they said.

The committee will be meeting hostel presidents of the varsity in the later half of the day.

However, they said, their bus was stopped and taken to Vasant Kunj police station.

Later, they said their bus was being brought to the old police headquarters at ITO. The forum had condemned the "police lathicharge" on visually challenged students during the protest on Monday over the hostel fee hike by the JNU administration and had demanded an apology from the police in the matter. Police had denied baton charging the students.