Not Against Peaceful Demonstrations But Rioting Must Stop: CJI Bobde On Jamia Crackdown

Just because they happen to be students, it doesn't mean they can take law and order in their hands, Chief Justice of India SA Bobde said. 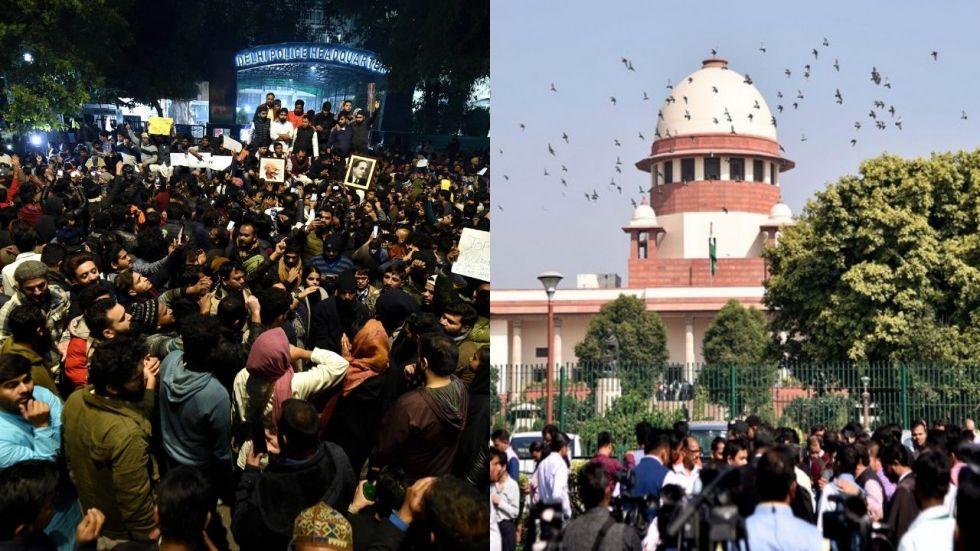 In a sharp observation on the Jamia crackdown in Delhi, the Supreme Court on Monday said, “we are not against peaceful demonstrations, but we can't allow people to go on streets, indulge in rioting.” Taking note of the violence, Chief Justice of India SA Bobde said that, “we are not to be bullied like this.” The observations came when a group of lawyers were asking the top court to take cognisance of violence on the Citizenship Act in Delhi. CJI Bobde further said that, “Just because they happen to be students, it doesn't mean they can take law and order in their hands, this has to be decided when things cool down. This is not the frame of mind when we can decide anything. Let the rioting stop.” CITIZENSHIP ACT PROTESTS LIVE

Jamia Millia Islamia, the prestigious Central University, became the epicentre of Delhi Police’s brutal crackdown against Citizenship Act protesters on Sunday. While situation remains calm-yet-tense in this posh south Delhi locality, the police action has triggered massive protests by students across India. From Kolkata’s Jadavpur University to Hyderabad’s Maulana Azad National Urdu University, students have begun their agitation against the authorities. Maulana Azad National Urdu University (MANUU) students' union wrote to controller of examination of university, stating 'due to protests by MANUU students against police's attack on Jamia and AMU students, MANUU students are boycotting exams, request you to postpone the same.' While the Delhi Police maintains that the action was needed to curb the violence as stones were being pelted on them from inside the university, the students claimed that tear gas was lobbed inside the Jamia’s central library and some of them were dragged, thrashed by the cops.

Students across India’s top universities are protesting against police aggression shown to their peers in Jamia. Forty people, including students, policemen and firemen were injured as violence erupted during a protest by Jamia students against the contentious Act. From candlelight vigils to marches, students in Hyderabad, Varanasi and Jadavpur are showing solidarity for ‘their friends in Jamia’. Meanwhile, students of the Tata Institute of Social Sciences have also decided to boycott the Monday classes over the police action. “In the lights of events of relentless police brutality in the past week in universities of north East India, Jamia Milia Islamia and Aligarh Muslim University We the students of TISS have decided to call a boycott of today's classes and field work,” a statement by TISS students said.

Students of Hyderabad’s Maulana Azad National Urdu University (MANUU) on Monday boycotted their exams and held protests against the police action on their counterparts in Jamia University in Delhi. Protests erupted at MANUU campus on Sunday night which continued beyond midnight with several students raising slogans against the central government. The MANUU students unions gave a call to boycott various exams scheduled from Monday, a MANUU official said.