Cyberabad Top Cop Sajjanar On Hyderabad Encounter: 'We Warned Accused, Asked Them To Surrender But...’ 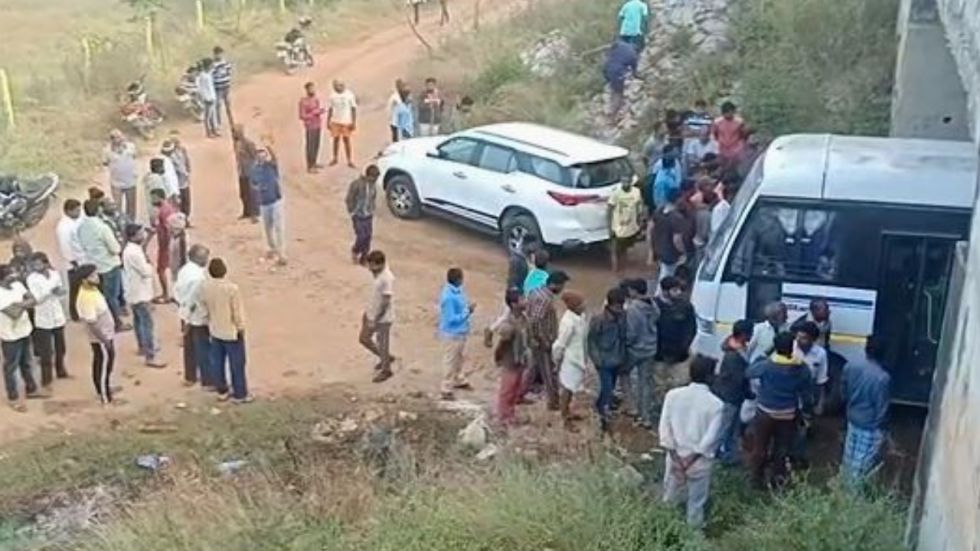 ‘Law has done its duty,’ said Cyberabad Police Commissioner CV Sajjanar during the crucial press conference elaborating about the sequence of events in the sensational encounter of four accused in the Hyderabad veterinary doctor’s rape and murder case. As against the initial reports, Sajjanar said that the encounter took place between 5:30 am and 6:30 am. The Telangana Police also said its personnel had resorted to "retaliatory" firing after two of the accused in the rape and murder of a woman veterinarian opened fire at police after snatching weapons from them this morning.

Cyberabad Police Commissioner CV Sajjanar told reporters here that one of the accused, Mohammed Arif, was the first to open fire, even as the police team that took them to the crime scene were attacked with stones and sticks.

The snatched weapons were in "unlocked" position, he added. On NHRC taking cognizance of encounter, Sajjanar said, “We will answer to whoever takes cognizance, the state govt, NHRC, to all concerned.” “We suspect that the accused were also involved in many other cases in Karnataka, investigation is on,” he further said.

In 2008 also, Sajjanar had taken the accused in acid attack case to the scene of crime to recreate the sequence of events. The police at that time had claimed that the accused tried to attack with crude bombs. In retaliation and self-defence, the cops resorted to firing and gunned down the accused on the spot. Soon, Sajjanar became the hero of the town and people hailed him as ‘encounter cop’. According to a report by Rediff, the Warangal students had distributed sweets in college after the encounter.

The Friday incident took place around 6.30 am when the accused were taken to the site of the offence for reconstruction of the scene of the crime as part of the investigation, a senior police official said. "They (accused) snatched weapons from police and fired on police and tried to escape... police fired in retaliation in which the four accused died," a senior police official told PTI.