On Tuesday, in another incident, Six soldiers and as many civilians were killed in four avalanches in Jammu and Kashmir since Monday night, police and defence sources said. 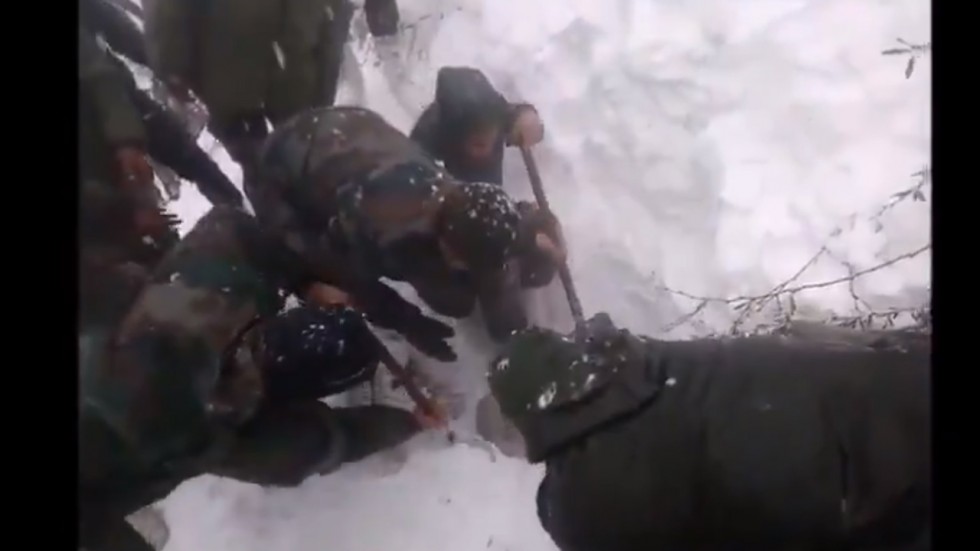 The Indian Army personnel on Tuesday rescued a civilian named Tariq Iqbal who was caught in a snow slide in Jammu and Kashmir’s Lacchipura. Iqbal was rushed to the hospital and later released. On Tuesday, in another incident, six soldiers and as many civilians were killed in four avalanches in Jammu and Kashmir since Monday night, police and defence sources said. An avalanche hit an Army post in Machil sector along the Line of Control on Tuesday, trapping five soldiers. A rescue operation was launched but none of the soldiers could be saved, they said.

#WATCH Jammu & Kashmir: Indian Army personnel rescue a civilian Tariq Iqbal who was caught in a snow slide in Lacchipura. He was discharged from the hospital later. (14.01.20) (Source - Indian Army) pic.twitter.com/yEQtRcitom

Another avalanche struck a village in Gagangir area of Ganderbal district on Monday night in which five civilians were killed while four others were rescued, police said. Another civilian died in Gurez of Bandipora district. In the fourth incident, a 29-year-old BSF jawan was killed and six others were rescued after an avalanche hit their post along the LoC in Kashmir’s Naugam sector at 8:30 pm on Monday.

Officials identified the deceased as constable Ganga Bara of the 77th battalion of the force.

“There were a total of seven troops deployed in the affected area. While six were safely rescued, constable Bara could not be revived even after much effort,” a senior officer of the border guarding force said. The jawan hails from the Jalpaiguri district of West Bengal and had joined the BSF in 2011. The Border Security Force (BSF) is deployed along the LoC under the operational command of the Army as part of guarding the front against Pakistan.