The incident took place at around 11 am when Modi’s convoy was entering the stadium, a senior officer of Kolkata Police said. 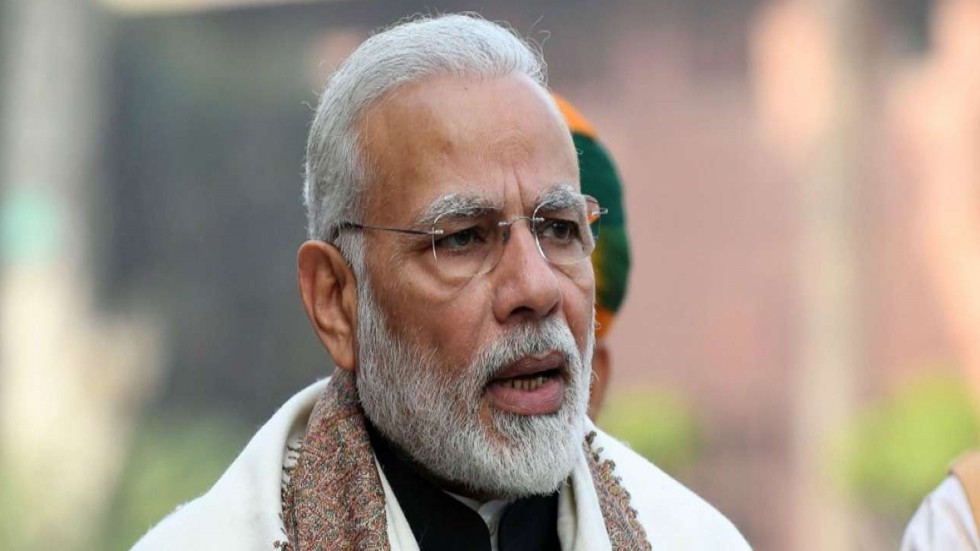 Two persons were on Sunday arrested here for waiving black flags at Prime Minister Narendra Modi’s convoy, police sources confirmed. One of the two was identified as Sourav Prasad, the president of the West Bengal unit of the Congress Chatra Parishad, they said. He was held from outside Netaji Indoor Stadium where Modi had come to attend a programme organised by the Kolkata Port Trust (KoPT), police said.

The incident took place at around 11 am when Modi’s convoy was entering the stadium, a senior officer of Kolkata Police said. “As the PM’s convoy was entering through the Kshudiram Anushilan Kendra gate,  two persons appeared from the crowd and started raising slogans of ‘Modi go back’ and ‘chhatra parishad zindabad’,” he said.

“They also took out black flags which were hidden in their trousers and began waiving them,” he added. The policemen present there immediately nabbed the duo, the officer said. However, the police denied that the incident was a security breach. “The PM’s convoy was far off from the spot where these two were waiving the flags... There was no security breach,” another senior officer said.

Modi arrived here on Saturday on a two-day visit to participate in sesquicentenary celebrations of the Kolkata Port Trust and dedication of heritage buildings to the nation.

Students, mostly affiliated to the Congress and the Left parties, continued protests for the second consecutive day on Sunday against the amended citizenship act, despite Modi’s assurance that the new law would not harm the interests of any citizen.

Activists, who had hit the streets on Saturday with placards that read ‘Modi go back’ and ‘down with BJP’, continued their sit-in all night at Esplanade area in the state capital on Sunday, insisting that their agitation would continue till the prime minister leaves the city.