WATCH | Lucky Escape For Toddler As He Falls Off Apartment's Balcony, Lands On Rickshaw

The three-year-old boy, Parv Jain, escaped without any injury in the incident that occurred on Saturday night. 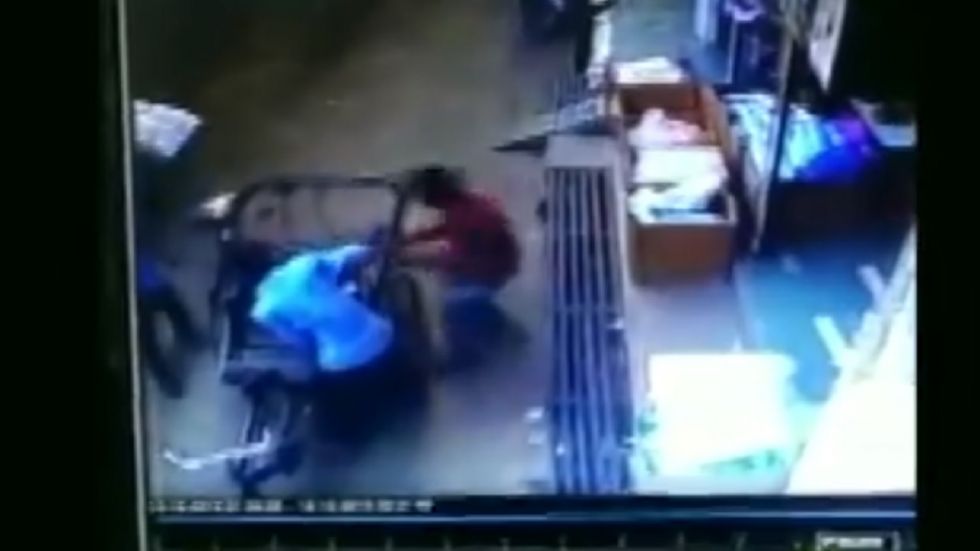 The video of the incident, which was captured on the CCTV cameras installed in the nearby buildings, has gone viral on social media. (Photo Credit : Twitter/ANI )

A child miraculous escaped after falling off the second floor of his apartment and landed on a rickshaw which was passing by in Madhya Pradesh’s Tikamgarh on Saturday. The video of the incident, which was captured on the CCTV cameras installed in the nearby buildings, has gone viral on social media, according to agency ANI on Sunday.

The three-year-old boy, Parv Jain, escaped without any injury in the incident that occurred on Saturday night.

It shows a man walking and pulling his cycle-rickshaw with his hand on a narrow lane in a busy market area of Pradhanpura in Tikamgarh, when a child suddenly falls on its seat.

Ashish Jain, father of the child, said, "The incident occured around 8.30 pm on Saturday night. My son, Parv, was playing on the second floor terrace, about 30-feet from the ground level. However, he lost balance and fell off the terrace. But luckily, a rickshaw puller  Manohar Bhatt was passing on the road with his vehicle."

#WATCH Tikamgarh: A child fell from a building on a rickshaw that was passing on road below. Child's father Ashish Jain says,"He was playing on 2nd floor with family members. He fell from railing after he lost his balance. He was examined at a hospital & is safe". #MadhyaPradesh pic.twitter.com/3yDOzZmB9y

"Parv landed on the seat of the rickshaw. It was a miracle! Bhatt is an angel for our family. Later, we took Parv to the hospital where the doctors examined him. He did not suffer any injury and is," Jain, a shopkeeper, said.