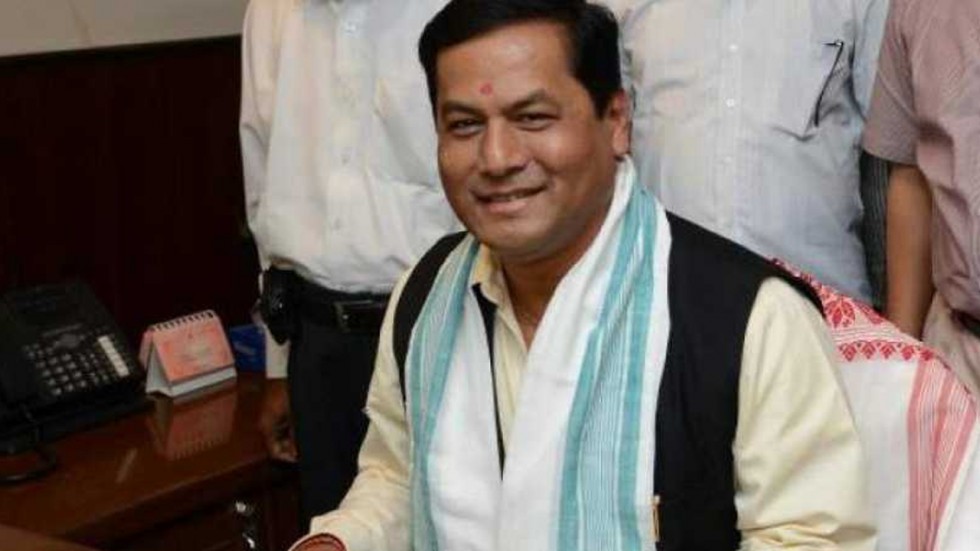 The All Assam Students’ Union (AASU) activists, who are protesting against the Citizenship Amendment Act (CAA), on Wednesday showed black flags to Assam Chief Minister Sarbananda Sonowal during his visit to Digbrugarh. The chief minister had landed at Dibrugarh airport and was on the way to his hometown Chabua in the district to celebrate ‘Bhogali Bihu’ harvest festival with his family when a group of AASU activists rushed towards his convoy in Mohanbari Tiniali area, waving black flags and raising slogans against him and the Act.

The protestors were heard shouting 'Sarbananda, Go Back', 'Sonowal Murdabad', 'CAA aami na maanu' (We do not accept CAA) and ‘Jai Aai Asom’ (Glory to Mother Assam). Police overpowered the protestors and prevented them from reaching the convoy. This is the second incident in a fortnight of anti-CAA agitators showing black flags to the chief minister.

Opposition leader in the Assam Assembly Debabrata Saikia on Saturday asked Chief Minister Sarbananda Sonowal to quit the BJP along with his MLAs and form an alternate government in the state with support from the Congress. Saikia, the senior Congress leader, said the new government will be “anti-Citizenship (Amendment) Act” and “anti-BJP”. A day after the Union home ministry issued a gazette notification that the CAA will come into force from January 10, Saikia said if Sonowal along with his MLAs quits the BJP, his party will support them to ensure that a new government is formed with Sonowal as the chief minister.

“In view of the current situation in Assam, Sonowal should leave the BJP and come out with just 30 of his MLAs as Independents. We will support him to form a new anti-Citizenship (Amendment) Act and anti-BJP government in Assam. He will be made the Chief Minister again,” Saikia told reporters. “BJP and its alliance partner Asom Gana Parishad have failed to keep their poll promises. Many of the ministers and MLAs who had joined BJP from All Assam Students Union had promised to implement the Assam Accord.”