The devotees will be allowed to enter the sanctum to pay obeisance till 11 AM. 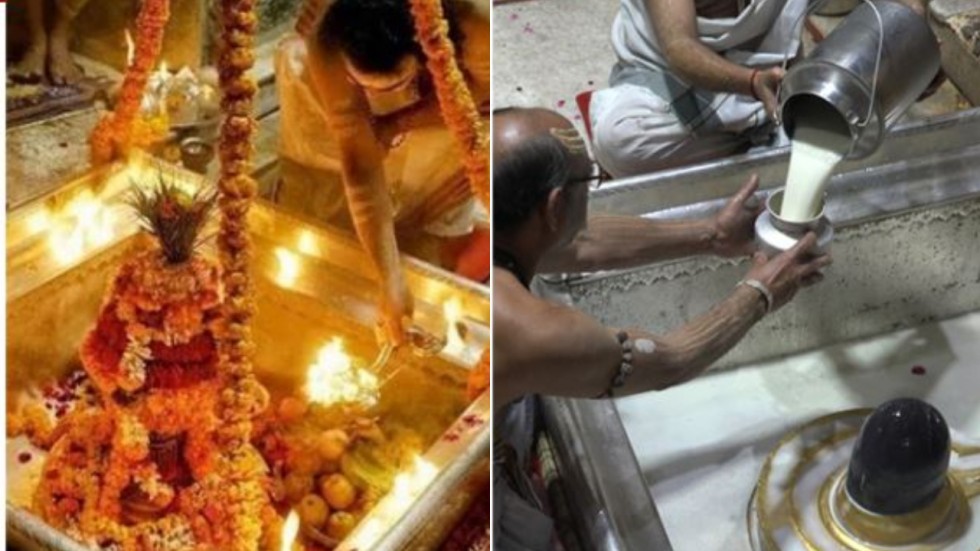 For the first time in history of Kashi Vishwanath Temple, a special dress code has come into effect for devotees visiting the world famous place in Uttar Pradesh’s temple city of Varanasi. The temple authorities have said that those devotees who want to enter the sanctum sanctorum for ‘Sparsh Darshan’ must adhere to new dress code. According to latest rules, while men need to wear dhoti-kurta, women must be dressed in saree for the special darshan, the temple administration said. In case any devotee enters the temple dressed in jeans and t-shirt, he/she will not be allowed inside the scared inner courtyard. That devotee can just see the presiding deity of Kashi Vishwanath from a distance.

The decision was taken by the Kashi Vidwat Parishad. The devotees will be allowed to enter the sanctum to pay obeisance till 11 AM. Kashi Vishwanath Temple is one of the most famous temple in Varanasi, also known as the Golden temple dedicated to the Lord Shiva. It was constructed in the year 1780 by the Maratha monarch, Maharani Ahilyabai Holkar of the Indore.

Last year, the temple administration had also issued a ‘three-feet’ rule. According to the 2019 rule, common devotees were told to stand at the door — about three feet from the fencing — and pour the gangajal and the flowers on a bowl, to be carried to the presiding deity through pipes. The rule was not applicable on VIP devotees.

While many locals had slammed the rules, the authorities say that it was needed due to heightened security threats. In November, around 200 security men were deployed for the temple’s security.

On political front, Congress leader Priyanka Gandhi Vadra on Friday visited the prime minister's constituency to meet anti-CAA activists, continuing her campaign in Uttar Pradesh against the amended citizenship law and accusing the government of acting against the Constitution. The visit to Varanasi, from where Prime Minister Narendra Modi was elected twice to the Lok Sabha, followed similar trips in the state by her to meet victims of alleged police brutality during the protests against the Citizenship Amendment Act. “They were holding a peaceful protest and yet they were put behind bars and kept there for 15 days. Serious charges were levelled against them. Lots of injustice has been done," Priyanka Gandhi, who is the Congress general secretary in charge of eastern UP, said.