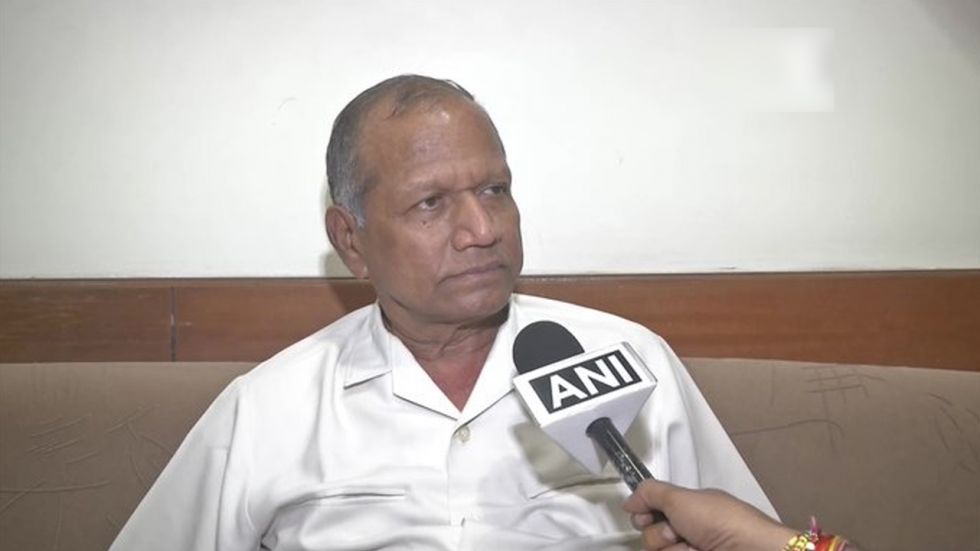 Manak Agarwal alleged that there were many BJP politicians involved in the honey-trapping case (Image: ANI)

Madhya Pradesh Congress leader Manak Agarwal has given a strange reason behind some of the state policians allegedly behind involved in case of honey-trapping. Agarwal alleged that there were many BJP politicians involved in the case and the case was spread across 5-6 states. Manak Agarwal blamed this on the RSS leaders not getting married. He even went on to advice RSS chief Mohan Bhagwat to get married.

Agarwal said, "One of the biggest reasons for this is that RSS people do not marry. RSS people should get married. Mohan Bhagwat should also get married.

The "honey-trap" scandal is said to involve many politicians and bureaucrats involving five women who used sex workers and young college girls, the police say. According to reports, more than 200 mobile phone contacts uncovered in raids suggest the scam may not have been limited to Madhya Pradesh.

MP police have extracted more than 4000 files from the laptops and mobile phones of the accused arrested in the alleged honey trapping case. The recovered files include audio recordings, video clips and screenshots of chats, with many of them said to be objectionable in nature, ANI quoted a source as saying.

According to sources, the material was used to allegedly blackmail the bureaucrats, politicians and businessmen from the state. In another development in the case, the SIT constituted to investigate the honey trap scandal has initiated a probe in the complaints of human trafficking.

Acting on the complaint of the father of one of the accused girls, the police have registered an FIR in sections related to human trafficking. The complainant has alleged that her daughter and many others were lured into the gang by a girl who is the prime accused in the case.

SIT Chief Sanjeev Sharma has not revealed any names to reporters saying it is a serious crime and no names will be revealed until the probe is completed.

Six persons, including five women and a man, have been arrested in connection with the honey trapping case.

The incident came to light after an Indore Municipal Corporation engineer had filed a complaint alleging that two women were blackmailing him by threatening to make some objectionable videos viral. The Civic engineer was later suspended from the service by the IMC.