Both vehicles caught fire after the collision near Ramdev Temple in Nimbaniya Ki Dhani. 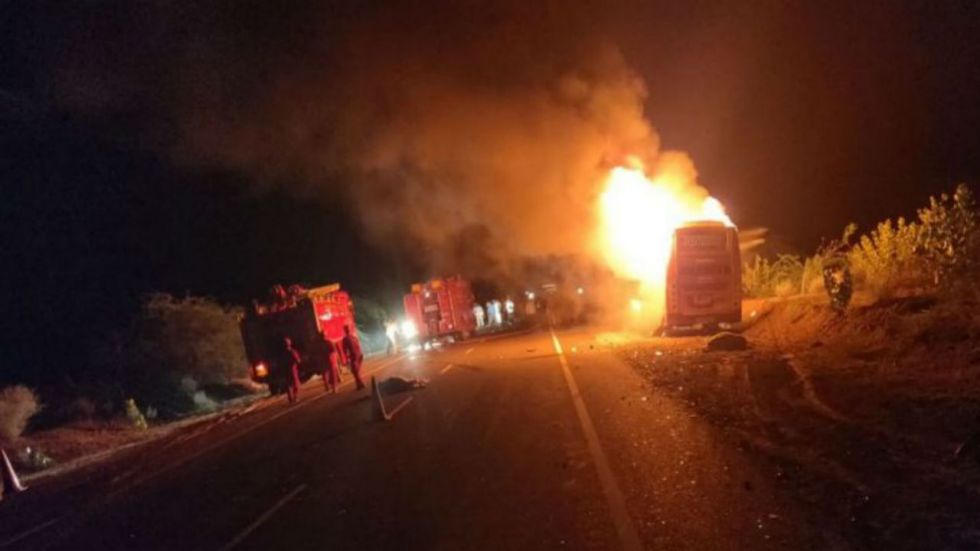 Three people were burnt alive in a car-bus collision in Barmer district of Rajasthan. The horriffic tragedy took place near Ramdev Temple in Nimbaniya Ki Dhani. According to early reports, the accident happened while overtaking. Both vehicles caught fire after the collision. The bus belongs to Jakhar Travels. One of the victims has been recognised as Dhanraj Roda from Barmer.

On Saturday, a school bus overturned in Rajasthan's Jaisalmer district after the driver lost control over the wheels injuring 18 children and one teacher. The students belonged to St. Xavier's Senior Secondary School of Jaipur. They were on an educational tour to the district, when the accident happened near Pokhran area. Police rescued the children with the help of villagers. The children were treated at the district hospital.