Rabri Devi, wife of Lalu Prasad Yadav, agreed to allow entry of her daughter-in-law Aishwarya in her residence after intervention by Bihar DGP Gupteshwar Pandey. 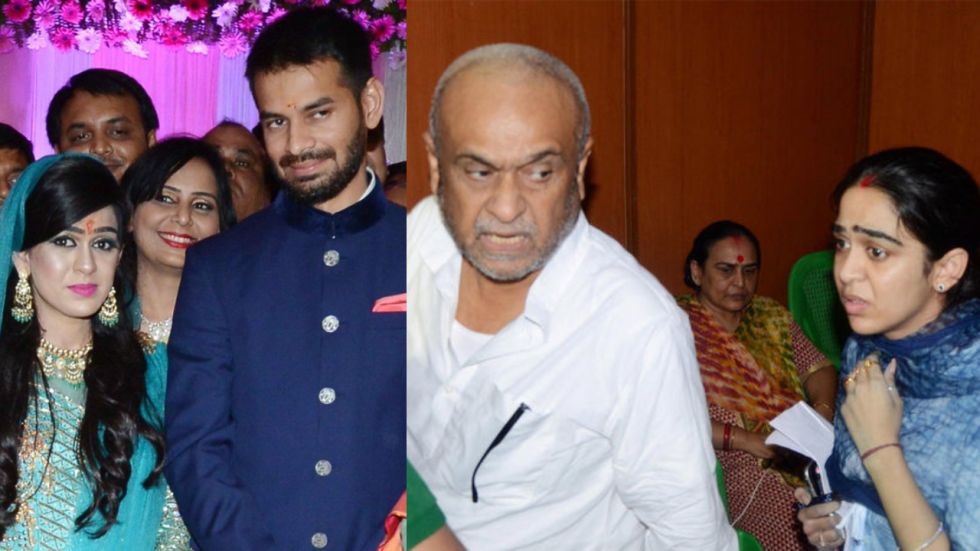 Aishwarya Rai, wife of Tej Pratap Yadav and daughter-in-law of  Rashtriya Janata Dal (RJD) chief Lalu Prasad, was allowed to enter official residence of her mother-in-law Rabri Devi after hours of high voltage drama and police intervention on Monday. According to police officials, Rabri Devi agreed to allow entry of her daughter-in-law in her residence on early Monday morning after intervention by Bihar DGP Gupteshwar Pandey.

On Sunday, Aishwarya spoke to media and levelled a series of allegations against the Yadav family. She said she was evicted from the official residence of Rabri Devi by force and was being harassed by the family members.

Accusing her sister-in-law Mira Bharti of creating trouble in her marital life, Aishwarya said that Misa doesn’t want her to be with Tej Pratap Yadav. She further added that her husband Tej Pratap Yadav used to threaten Rabri Devi of drinking poison if she (Aishwarya) continues to stay in the same house.

Aishwariya staged a sit-in protest for hours outside the residence. Later, she was joined by her her father Chandrika Rai, former Minister and senior RJD leader, and mother Purnima Rai.

Chandrika Rai met DGP Pandey to seek his help in matter. However, he was allowed reach the house and join his daughter’s protest. He started his own sit-in near Rabri’s residence. Meanwhile, dozens of supporters of Chandrika Rai joined dharna with him and shouted slogans against Lalu Prasad and Rabri Devi.

Aishwarya then broke her silence and for the first time spoke to media outside the 10, Circular Road residence of Rabri Devi, where she was staying despite her husband Tej Pratap filing for divorce six months ago.

Aishwarya alleged that she was not provided food for the last three months by her in-laws nor was allowed to enter the family kitchen on the instructions of her sister-in-law Misa Bharti. She said she was surviving on the food sent by her parents.

In August, Aishwarya had alleged that Tej Pratap Yadav was a drug addict. She had filed an application under Section 26, seeking protection from the family court under the Protection of Women Against Domestic Violence Act, 2005.

Aishwarya, in her complaint, had claimed that immediately after her marriage, she learned that Tej was a drug addict. Aishwarya in her complaint said she tried to raise this issue with her in-laws' but they weren't of any help.

Tej Pratap Yadav and Aishwarya Rai got married in May 2018, but the couple filed for a divorce a few months after the wedding.