The accused suspected that he was thrown out because Mangal and Sita had complained to his boss about him, a senior police officer said.

A 23-year-old woman was killed and her husband severely injured in southeast Delhi's Hazrat Nizamuddin area after they were allegedly beaten up by a relative who suspected that he had lost his job because of the couple, police said Thursday.

However, the accused, Rati Ram, told police that he attacked Sita and her husband, Mangal (25), as he was angry after he got an electric shock from a wire dangling from the gate of their house.

All three of them worked as contract labourers with the Public Works Department (PWD), they said.

According to Mangal's statement to police, Ram was sacked by his boss two days ago as he was a troublemaker who often fought with his colleagues and was addicted to alcohol.

The accused suspected that he was thrown out because Mangal and Sita had complained to his boss about him, a senior police officer said.

To take revenge, Ram beat the couple with a stick. Sita was seriously injured, while Mangal, who also sustained injuries, managed to escape, the officer said.

The couple was rushed to AIIMS hospital, where Sita was declared brought dead and Mangal is undergoing treatment, the police said.

The accused, who was under the influence of alcohol at the time of the incident, has been detained. He will be arrested soon. A case under relevant sections of the IPC has been registered against him, they added.

During interrogation, Ram claimed that he got an electric shock from a wire dangling from a gate of the victims' house, which angered him, so he attacked the couple, the police said. 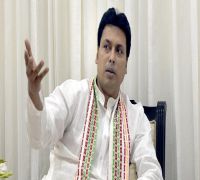 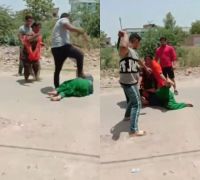 Dragged out of house, woman brutally thrashed, punched in stomach over unpaid loan 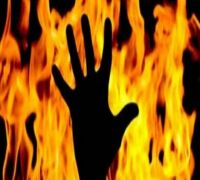