The deceased were identified as 80-year-old Vishnu Mathur, his 75-year-old wife Shashi and their 24-year-old domestic help Khushbu Nautiyal.

A retired elderly couple and their househelp were killed by unidentified persons in Delhi’s Vasant Vihar on Sunday, the police said. The deceased were identified as 80-year-old Vishnu Mathur, his 75-year-old wife Shashi and 24-year-old domestic help Khushbu Nautiyal.

Upon receiving a PCR call, the police reached the spot to carry out investigation. The assailants killed them all by slitting their throat. Although it was unclear what was the motive behind the murder, the police were probing all angles in the case.

While Vishnu was retired a Central Government Health Scheme official, his wife Shashi was a former NDMC employee. The couple is survived by a daughter who lives somewhere else. Recently, they had lost their son in a road accident.

"Prima facie it seems nothing has been looted and it looks like it was friendly entry into the house. Bodies sent for post mortem. Probe is on," Devendra Arya, DCP South West Delhi told reporters.

In a separate incident, a couple was brutally murdered at their residence in Mohan Garden area of Delhi's Dwarka on Saturday, the police said. The deceased have been identified as 51-year-old Hari Ballabh and 47-year-old Shanti Singh, both native of Bihar. According to police, the bodies bearing multiple stab injuries were found by their daughter on Saturday evening.

The couple is sruvived by a 22-year-old son and a 27-year-old daughter. They were alone at the time of the incident and the couple's daughter returned home in the evening. When she reached home, she found the main door of the house open. When she entered the house, she saw her parents lying in a pool of blood and called the police.

A case of murder under relevant sections of the IPC has been registered against unidentified persons by the police. The police said that they had not found any sign of forceful entry and the house was not ransacked. The bodies have been sent to hospital for post-mortem and they were checking the CCTV footage to identify the assailants. 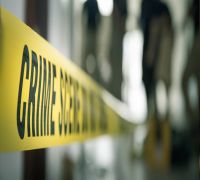 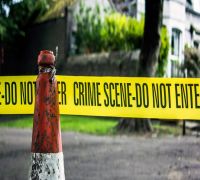 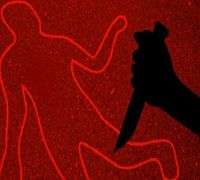 Double murder in Delhi, couple stabbed to death at their residence in Dwarka