Tiwari's mother has alleged that her son was killed by 'a local BJP leader' over Temple dispute, his son has demanded NIA probe. 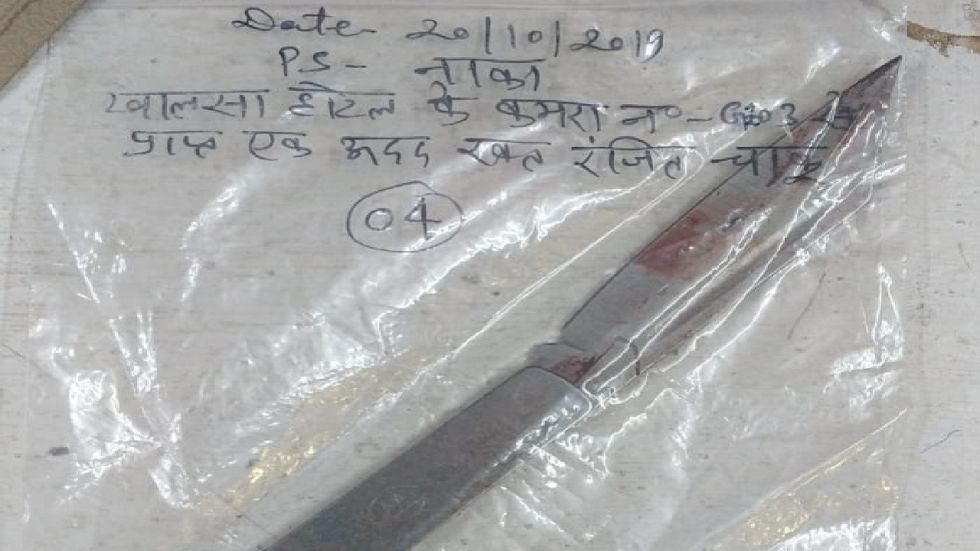 The police have recovered a blood-stained knife from the hostel room of suspected killers of Hindu Samaj leader Kamlesh Tiwari. According to sources, the police believe it’s the same knife used to kill Kamlesh Tiwari but waiting for the forensic report. Earlier in the day, the Uttar Pradesh Police had tracked down the hotel where the suspects believed to have stayed after killing Tiwari. The investigators also recovered blood-stained clothes from a room in Lucknow's Hotel Khalsa Inn. Apart from the saffron-coloured clothes, police also found one bag and other things.

According to police, they were informed by the hotel owner about two suspicious people who had stayed at the Khalsa Inn Hotel in Kaisarbagh area. The two killers booked the room on night of October 17. They left the room at 10.30 AM next morning and then returned back at 1.30 PM. They changed clothes and left again.

Subsequently, the personal aide of Tiwari and his son were sent to the market to purchase something, and this is when Tiwari was killed. His killers allegedly sat with him and had refreshments before attacking him with knife and pistol. The UP police have found that the last location of the shooters after killing Kamlesh Tiwari was Bareilly. According to sources, the two assailants stayed in Bareilly for some time and then fled from the city.

Six people have been taken into custody in connection with case so far. Maharashtra ATS detained one from Nagpur. The development comes a day after three persons in Gujarat's Surat and two in Uttar Pradesh's Bijnor were detained in a joint operation by Uttar Pradesh Police and Gujarat ATS. Meanwhile, Tiwari's son has demanded a probe by National Investigation Agency (NIA) while his mother alleged that he was killed by "a local BJP leader" due to a temple dispute in a village.