Michel is believed to have identified the initials "AP" as Ahmed Patel, "FAM" as Family and one "Mrs Gandhi".

Finance Minister Arun Jaitley on Friday launched a scathing attack on the Congress and its chief Rahul Gandhi over the reported revelations made in the supplementary chargesheet filed by the Enforcement Directorate in the AgustaWestland VVIP chopper scam.

"Rahul Gandhi talks on several subjects without even having a nodding acquaintance with it. He makes wild and unsubstantiated allegations against all and sundry. Now, who are ‘RG’, ‘AP’ and ‘FAM’ mentioned in the chargesheet in the AugustaWestland case," Jaitley said while addressing the media. 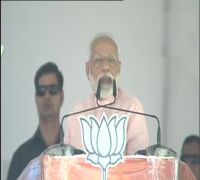 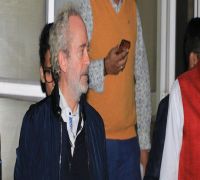 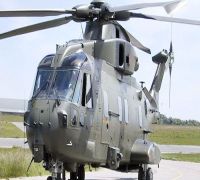 AgustaWestland: 'They tried best to counter coverage. Did it work? No': Journalist on chargesheet

As per the supplementary chargesheet filed by the ED against Michel on Thursday, the alleged middleman is believed to have identified the initials "AP" as Ahmed Patel, "FAM" as Family and one "Mrs Gandhi". "AP" and "FAM" are the initials mentioned in the diary seized from Michel in February.

On Wednesday, the ED had told the court that it was trying to identify one "RG" whose name has appeared multiple times during the VVIP chopper case probe.

Asked about whether the diary seized from Michel was admissible as evidence in the court, Jaitley said it is permitted as admission in writing against the maker as well as the co-conspirators.

"Arguments of probity in the public space demand more answers.  Are ‘RG’, ‘AP’ and ‘FAM’ fictional characters or were they in a position to influence the deal?" he added.

Jaitley further said he wondered how names associated with the Congress party emerged in every controversial defence deals.

"How come every time there is a controversial defence deal and evidence is collected, names close to the Congress Party’s first family start appearing? Who are these ‘RG’, ‘AP’ and ‘FAM’? Are they fictional characters who influenced the deal?" he asked.

"Alphabet ‘Q’ appeared in Martin Ardbo’s diary in the Bofors Case with a comment that ‘Q’ must be protected at all cost. It is only when the Swiss authorities in 1993 disclosed the names of one of the beneficiaries of the kickbacks of Bofors being paid as Ottavio Quattrocchi," the finance minister added.

The 52-page chargesheet, filed before Special Judge Arvind Kumar who has listed the matter for Saturday, also mentions meetings with 'the Italian lady's son' who 'will be the next Prime Minister' of India.The dispatch published by the ED also talks about 'son's power growing in the party and mother unaware of full facts'.