While addressing a press conference, Ashok Chavan firstly criticised Devendra Fadnavis and said that he should come out of his air conditioned office and use of technology to inspect drought relief measures. Chavan also asked Fadnavis to tour the state instead to know people's hardships.

The former Maharashtra CM further said that PM Modi had declared Jalyukt Shivar programme a success and 16,000 villages have become water neutral, and went on ask how the drought happened in that case. 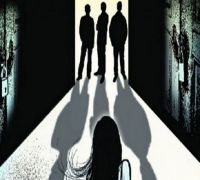 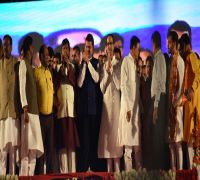 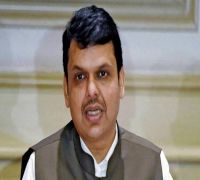 "How did the drought happen, if the scheme was a success? Where has the money spent for the scheme gone? It was said that Rs 4,300 crore has been given by the Centre for drought relief. The state government should give district-wise breakup of how this money has been spent," he said.

Referring to the report prepared by the party's committee which toured drought affected areas in the last ten days, Chavan said that people have to pay Rs 4000 per big water tankers and Rs 2000 for each small tanker.

"Without  much delay, the government should give Rs one lakh per hectare for horticulture farmers in drought areas and Rs 50,000 per hectare for crop loss in dryland areas," he added.

"Tankers for drinking water are not supplied regularly is one of the complaints of the local people. Water quality is also extremely poor," he also said.

The Maharashtra Congress president also said drought in the state has been very severe and due to lack of planning by the Fadnavis government, people were suffering. In the end, he said that farmer suicides were a black spot on the state's history.

In the meantime, the ndia Meteorological Department (IMD) warned  that relief from the heavens, in the form of rainfall, could take a little longer. It forcasted that rainfall for 2019 has been delayed by at least a week.