Priyanka Gandhi Vadra ready to take on PM Narendra Modi from Varanasi if...

Priyanka, who inherited her grandmother and former prime minister Indira Gandhi's facial look and charismatic personality, is considered to be Congress' magic wand to revive the party's lost fortune in this Lok Sabha elections 2019.

While the entire country is abuzz with the reports that Congress general secretary Priyanka Gandhi Vadra is contemplating contesting from the Varanasi Lok Sabha seat against Prime Minister Narendra Modi, the Gandhi scion on Sunday put the ball on brother Rahul Gandhi's court. The newly appointed Congress general secretary was in Kerala's Wayanad parliamentary constituency from where Congress president Rahul Gandhi has filed his second nomination along with his traditional stronghold Amethi.

Being asked whether she will contest from Varanasi, the younger Gandhi told media, "If the Congress president asks me to contest, I will be happy to contest".

Priyanka Gandhi Vadra on being asked if she will be contesting from Varanasi: If Congress President asks me to contest, I will be happy to contest. #LokSabhaElections2019 pic.twitter.com/rbMagjccOF

Amid growing murmurs over the likelihood of Priyanka Gandhi Vadra contesting the General Elections 2019, Congress leadership has chosen to remain tight-lipped on their stance and has been refraining from announcing its cadnidate for Varanasi, the eastern UP seat won by Prime Minister Modi in 2014.

Speaculations had been also rife that Priyanka might contest from her mother Sonia Gandhi's constituency - Raebareili, but the new generation Congress leader had teased her followers, saying "Why not Varanasi"!

In an interview with The Hindu, Congress chief Rahul Gandhi also dodged a question on Vadra's possible candidature from Varanasi, saying "suspense is not always a bad thing".

After campaigning for years in the Gandhis' pocket borough Amethi and Rebareli, Priyanka Gandhi had joined the Congress in this January and was appointed as the party’s general secretary for the Uttar Pradesh East region, which includes Varanasi. 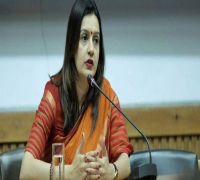 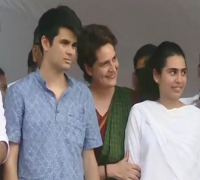 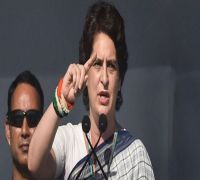 There has never been a 'weaker govt','weaker PM': Priyanka Gandhi

Long known as a natural in politics, Priyanka, who inherited her grandmother and former prime minister Indira Gandhi's facial look and charismatic personality, is considered to be Congress' magic wand to revive the party's lost fortune in this Lok Sabha elections 2019.

Many in the Congress said that her entry into active politics will infuse the much-needed fresh energy in the party workers of the state, where Congress influence has been waning over the years.

Political veterans also feel that Priyanka will help draw crowds, especially the youth and bring back the upper castes and minority votes to the Congress fold, signalling the party's intent to go full throttle in the poticially crucial state which sends as many as 80 members to the Lok Sabha.

While people in Varanasi will exercise their franchise in the last phase of Lok Sabha elections on May 19, polling in several high-profile Uttar Pradesh seats, inclduing that of Rahul and Sonia's Amethi and Rebareli, is slated for May 6. General Elections in Uttar Pradesh is scheduled to be held in all seven phases between April 11 and May 19. The counting of votes will take place on May 23.