Ajay Devgn turned 50 today. On the occasion of his birthday, the actor shared the trailer of De De Pyaar De that marks the return of Ajay as a romantic hero! The 2-minute 56-second trailer is an absolute fun ride. The film's poster had already given an impression that the basic plotline would be about a helpless man dealing with the two ladies in his life.

Ajay Devgn's Total Dhamaal raked in moolah at the Box office and is giving movies like Kesari a tough competition and now with this romantic comedy, he brings back his old school charm to the silver screen.

While the ever-reliable Tabu brings her broad experience to the table, Rakul Preet, too, impresses with her acting prowess.

De De Pyaar De is written by Luv Ranjan who has directed popular films such as the Pyaar Ka Punchnama series and Sonu Ke Titu Ki Sweety, all of which were box-office hits and had Kartik Aaryan playing the main man. The film is directed by Akiv Ali, a film editor-turned-director, who has collaborated with Ranjan on all his projects.

Ajay has been signed up for Baahubali director SS Rajamouli’s next magnum opus RRR starring Ram Charan, Jr NTR and Alia Bhatt. The actor will make a special appearance in the Telugu period drama. 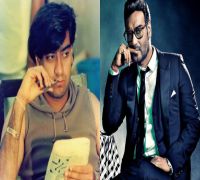 Happy Birthday Ajay Devgn: Here's how the 90s heartthrob transformed through the years 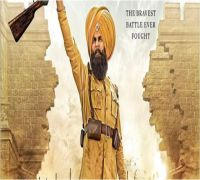 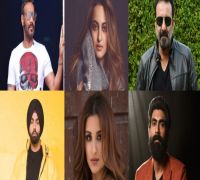