Ananya Panday found her 'second father' in Shah Rukh Khan; here's how they spent time together

Ananya is good friend with Suhana Khan, darling daughter of Shah Rukh Khan and often post pictures with her.

Ananya Panday is quite q teenage sensation now, thanks to her vibrant social media accounts and her Bollywood debut with Karan Johar's Student of the year 2. Although the movie failed to impress critics, Ananya stood apart with her impressive performance.

The actress is good friend with Suhana Khan, darling daughter of Shah Rukh Khan and often post pictures with her. Also known for her cheeky interviews, the actress recently called Shah Rukh Khan a father figure.

According to a report in Pinkvilla, Ananya called SRK her second father. She said that Suhana and Shanaya Kapoor (Sanjay Kapoor’s daughter) are her closest friends in the industry and she has always thought of SRK as her second father. In fact, she also revealed that when they were young, she would often go with him and Suhana to watch IPL matches.

Chunky Panday’s daughter Ananya Panday made her Bollywood debut in Tiger Shroff’s Student of the Year 2, which also starred Tara Sutaria. The film has been doing fairly well at the box-office and while it did get mixed reviews from critics and fans alike, most of the audience appreciated Ananya’s performance in the film. This will surely open the gates for Ananya to shine higher, further and faster.

The actress has dazzled with her sartorial fashion choices at the promotion events of the film. Even on Koffee With Karan 6, she outshined her co-stars and made quite a few headlines after she revealed that she has a crush on Kartik Aaryan.

The actress will be next seen in Pati Patni Aur Woh with Kartik Aaryan and Bhumi Padnekar as her co-stars. The movie is a remake of the 1978 film of the same name is directed by Mudassar Aziz 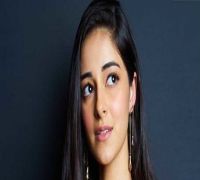 When Ananya Panday was asked for autograph for first time! 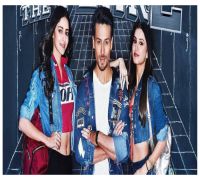 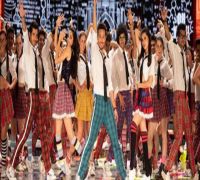