Film producer Boney Kapoor has slammed DGP Rishiraj Singh’s claim that Sridevi was murdered. Singh, in a column for the newspaper Kerala Kaumudi, wrote that Sridevi's death 'might not have been due to accidental drowning'. Kapoor told SpotboyE, “I don’t want to react to such stupid stories. There is no need to react because such stupid stories keep coming. Basically, this is somebody’s figment of imagination.”

Singh reportedly claimed that his late friend Dr Umadathan, who conducted Sridevi’s autopsy, stated several circumstantial evidences to prove the same. "My friend and the late forensic expert Dr Umadathan had told me long back that Sridevi's death might have been a murder and not an accidental death. This he told me when I asked him about Sridevi's death, out of curiosity," wrote Singh.

"He also pointed out certain facts to back his claims. According to him, a person will never drown in one-foot deep water, however much he drinks. He will drown only if somebody holds his both legs and sinks his head into the water," wrote the IPS officer.

The actress died on February 24, 2018, due to accidental drowning in a bathtub in Dubai. Sridevi had flown to Dubai to attend her nephew Mohit Marwah's wedding. 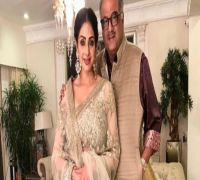 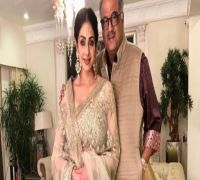 Boney Kapoor on making wrong financial decision: I haven’t lost money in gamble or race and I am aware of my mistake