Fans of Neeti Mohan were treated with the pictures of her lavish wedding with Nihaar Pandya held on February 15 at Hyderabad.

Fans of Neeti Mohan were treated with pictures of her lavish wedding with Nihaar Pandya held on February 15 at Hyderabad's Faluknama Palace.

Both Neeti and Nihaar shared similar posts of their wedding and a message that read, "With the blessings of family, friends and well-wishers, we are blissfully married. Dad's health is getting better each day. The Mohan and Pandya families thank you for your constant love and support."

With the blessings of family, friends and well wishers, we are blissfully married. Dad's health is getting better each day. The Mohan and Pandya family THANK YOU for your constant love and support 🙏

Neeti had postponed her wedding reception after her father Brij Mohan Sharma was reportedly admitted to a hospital in Hyderabad due to deteriorating health conditions.  Her father attended the mehendi celebration but was not able to be a part of the wedding. ''Actually, a year and a half ago, Dad had become very serious owing to some exertion. Since then, we have been very careful when it comes to any hectic schedule,'' she had earlier said.

Their wedding reception will be held in Mumbai and will be attended by the newly wedded couple's colleagues and friends from Bollywood. For the wedding, Neeti donned a pink and cream coloured lehenga that looked quite similar to Anushka Sharma's wedding lehenga. She accessorized her attire with bridal choora, nose ring and mahapatti, while husband Nihaar wore a sherwani of the same colour combination. The couple has also shared pictures of other functions from the wedding.

Nihaar met Neeti in Goa at a common friend’s wedding almost a year ago, and that’s when their love story began.

Neeti is the voice behind popular Hindi songs like Jiya Re, Ishq Wala Love, Nainowale Ne among many others. Nihaar, a model-turned-actor was last seen in Manikarnika, which had hit the screens on January 25. 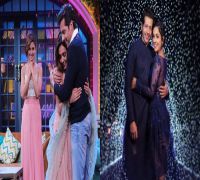 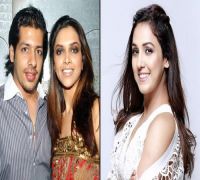