Katrina Kaif to turn producer with movie based on a French film; Check deets inside

During a media interaction for promoting her film Bharat, Katrina confirmed that she has bought the rights of a French film

Juggling acting and production has become a norm for almost most of the Bollywood celebs. After Anushka Sharma, Deepika Padukone, Alia Bhatt now Katrina Kaif is all set to start her own production house and hopes that she will start shooting of the film  by this year.

During a media interaction for promoting her film Bharat, Katrina confirmed that she has bought the rights of the French film He Loves Me He Loves Me Not. Talking about the development, Katrina said, "That French film is a story on which we are working on for quite a sometime. It's not a French film actually but there were few ideas which had come to me. I really liked it and I might put my name to it as a producer. I would like to put my name for which I feel very strongly about. There are few discussions happening so, hopefully this year will start shooting for the film."

Deepika Padukone turned producer with her movie Chaapak directed by Meghna Gulzar while Alia recently brought a property for her production house Eternal Sunshine Production. She aspires to make movies she loves watching.

Talking about joining social media and gaining popularity and huge number of followers in a small time, Katrina said"For me, the deciding factor to join social media was there was a phase where everything I was reading about myself, I was like this is not a correct representation of me and I used to feel very helpless about it. Then, I started thinking about why it is happening with me more so than other people then, I realised that everyone has a platform on which they used to speak so that made me join social media."

Bharat is scheduled to be released in India on June 5, 2019, on the occasion of Eid al-Fitr. 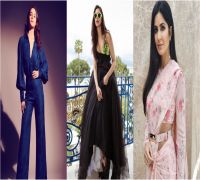 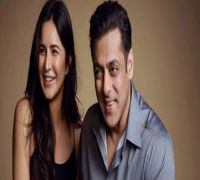 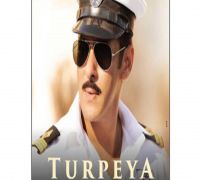