It is just a couple of days left for the much talked about release of Sanjay Leela Bhansali's Padmavati and the movie continues to be mired in controversies over its release. 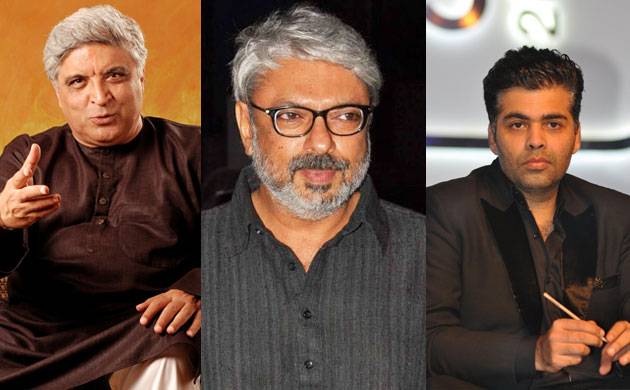 It is just a couple of days left for the much talked about release of Sanjay Leela Bhansali's Padmavati and the movie continues to be mired in controversies over its release.

While several groups, most of them from the Rajput community, are seeking a stay on Padmavati release for distorting historical facts, various B-town celebs have come out in support of Bhansali and team.

And the recent one to join the bandwagon are Javed Akhtar and Karan Johar who have stated that films are just a mode of expression and they should not be misinterpreted as history.

During a recent media event, when Akhtar was quizzed about the much hyped Padmavati controversy, the veteran lyricist stated, "I was listening to a history professor on TV who said that there is a difference of 200-250 years between Khilji's rule and the writing of 'Padmavat'. There was no mention of Padmavati before Malik Muhammad Jayasi wrote the 'Padmavat'.

"A lot of history has been written about that time. There are a lot of records available of that time but there is no mention of Padmavati in them." Citing the example of Ashutosh Gowariker's "Jodha Akbar", Akhtar said as per the history Akbar never had a wife by the name of Jodha Bai and people should not confuse a work of fiction with history.

"Stories get created. Don't misinterpret films for history and history for films. You watch cinema and enjoy it.

If you are interested in history, then read it seriously," he added.

Johar, whose last directorial venture "Ae Dil Hai Mushkil", featuring Pakistani actor Fawad Khan and Imran Abbas, had a hard time in getting a smooth release, was also present at the event.

The filmmaker said he respects Bhansali's vision and the fact that his "beautiful film" is caught up in the controversy makes him feel bad.

"I have faced a lot of controversies before the release of a film. I feel bad for a filmmaker, who is one of the best in the country. Sanjay Leela Bhansali has made a beautiful film and I hope he is protected by the people who understand that creativity is a form of expression.

"He has himself said that he has made a film which is true to the story and there is nothing in it that might hurt the sentiments and sensibilities of people. I think we should trust and believe him and give this film all the love," Johar said.

Starring Deepika Padukone, Ranveer Singh and Shahid Kapoor in the lead, Padmavati has been facing a lot of trouble since early this year. The movie is scheduled to release on December 1.

Bhansali was assaulted by activists of a Rajput community group, Karni Sena, while shooting in Jaipur.

The group has been constantly seeking ban on the release of the film, which they claim is distorting the history.

Yesterday, hundreds of people associated with various community organisations also took out a march in Thane demanding a ban on the film.

Bhansali had earlier said that the film is his tribute to the "sacrifice, valour and honour" of Rani Padmavati. He has also said there is nothing in the film that will hurt anyone's sentiments and sensibilities.