Will Ranbir Kapoor’s next onscreen avatar that of the first Indian astronaut, Rakesh Sharma?

Is Ranbir Kapoor’s next onscreen avatar that of an astronaut? After Shah Rukh Khan opted out from the Rakesh Sharma biopic, a lot of rumours have surfaced about the likely actors who might step into the shoes. Last month it was URI star Vicky Kaushal, then there was also Luka Chuppi star, Kartik Aaryan who was reported to have been approached, although such rumours were brushed aside as rumours. And if ‘now-reports’ are to be believed, Ranbir Kapoor may be the ‘it’ actor for Mahesh Mathai’s Saare Jahaan Se Achha. Even though no official announcement has been made, Ranbir Kapoor is being considered to play Rakesh Sharma in Saare Jahaan Se Achha.

According to the sources, the Sanju star is yet to give his ‘ok’ signal to the project, so we can only for an official announcement from film’s producers Ronnie Screwvala and Siddharth Roy Kapur or Ranbir Kapoor himself. Until then, we will see Ranbir next in Dharma Productions’ Brahmastra where he shares an onscreen platform for the first time with girlfriend, Alia Bhatt. 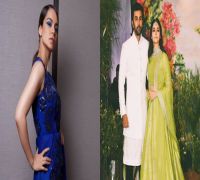 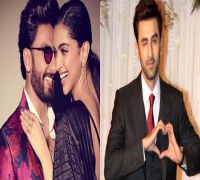 Is Ranveer Singh insecure about Deepika Padukone working with Ranbir Kapoor? The actor has epic response 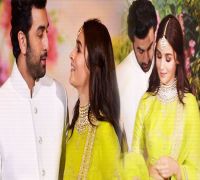