Alia Bhatt has now recorded a scratch version of a romantic track for her upcoming film Sadak 2.

Alia Bhatt has done playback in her films Highway, Badrinath Ki Dulhania and Udta Punjab and the actor has now recorded a scratch version of a romantic track for her upcoming film Sadak 2. The film marks her first collaboration with father Mahesh Bhatt, who is returning to the director's chair after two decades.

Alia recorded the song with composer Jeet Ganguly earlier this week. "While Jeet Gannguly's score is ready, the lyrics are still being worked upon. Jeet da wanted to understand Alia's pitch and voice modulation, so they decided to record the scratch. The lyrics will now be rewritten under the supervision of Mahesh Bhatt. 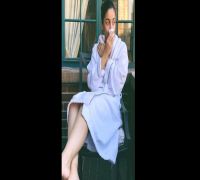 Is this Ranbir Kapoor’s foot in the new picture shared by Alia Bhatt? Fans think so 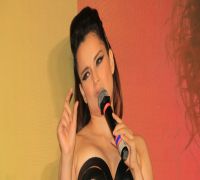 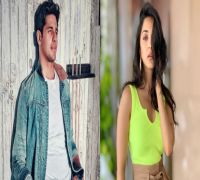 Are Sidharth Malhotra and Kiara Advani in a relationship? Here’s the TRUTH

"It is a romantic number and comes at a crucial point in the film. The final track will be recorded only after the unit returns from their Ooty schedule in August," the makers said in a statement.

Also starring Aditya Roy Kapur, Sanjay Dutt and Pooja Bhatt the film is scheduled to release in July next year.