I had told Priyanka Chopra that we will adjust the dates of Bharat for her: Salman Khan

Salman said, “She came to meet me one day and said she is going to get married and hence won’t be able to work in the film. I had told Priyanka that we will adjust the dates for her."

Bollywood  superstar Salman Khan is very outspoken when it comes to express his views in public. He is a frank human being and is afraid of nobody. The Bollywood's bhaijaan is all set to entertain the audiences with his first release of this year Bharat. It is to be noted that Priyanka Chopra  walked out of  Bharat just a few days before the film went on floors. Later, Katrina Kaif came on board as the lead opposite Salman. And now, in an interview with Mumbai Mirror, Salman has spilled the beans on Priyanka Chopra's exit from the film.

Salman said, “She came to meet me one day and said she is going to get married and hence won’t be able to work in the film. I had told Priyanka that we will adjust the dates for her. She said that she isn’t sure how much time she needs for the preparation of her wedding."

“While many would give anything for the film or maybe even leaving their husband, Priyanka left the film,” he added.

Salman further asserted that he has no problems in working with PeeCee in the future. “I would definitely work with her in the future. If she gets me a meaty role, why wouldn’t I work with her? I just need to love the story,” he was quoted as saying by the tabloid.

Notably, Bharat's another song will be released on Wednesday. The song is sung by Vishal, Shekhar featuring Sukhwinder Singh. Well, Salman and Katrina starrer is already being a much awaited film one amongst the fans. The actors have left no stones unturned for the film.

Directed by Ali Abbas Zafar, the film also stars Tabu, Disha Patani, Sunil Grover and Jackie Shroff. It traces India’s post-independence history from the perspective of a common man and follows his life from the range of 18 to 70 years of age, as a journey. Bharat is produced by Atul Agnihotri, Alvira Agnihotri, Bhushan Kumar, Krishan Kumar under the banner of Reel Life Production Pvt Ltd. and Salman Khan Films, presented by T-Series.

The film is all set to hit the silver screens on June 5. 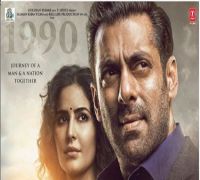 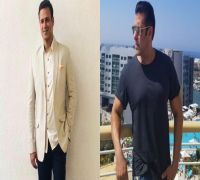 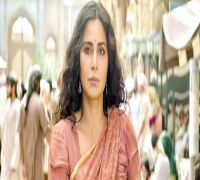 Not only Salman Khan, Katrina Kaif also spent hours to get her ageing look correct in Bharat