Shah Rukh Khan recently made clear that he is yet to sign any new project killing all anticipation and bringing a lot of disappointment among his fans.

Nevertheless SRK fans are adamant on guessing on what is on the superstars mind now as it has been quite some time since he featured in a movie the last time being on , Aanand L Rai's Zero that fell flat on box office. Now rumours are gain rife that SRRK is taking the highly successful Dhoom franchise forward for his upcoming movie.

Speculations intensified after the actor on the occasion of completing 27 years in Bollywood shared a post on his Instagram profile where he is seen riding bikes quite the dhoom style. Check video here.

Thank you for the awesome 27 years everybody and Thank you Sharad for the bikes!

His social media posts has always been a clue of his upcoming projects.  On the day of the Indo-Pak World Cup match, he took to his social media accounts and posted a picture with his son wearing jerseys named with Simba & Mufasa of The Lion King. In the next couple of days, it was announced he will be voicing for Mufasa and Aryan for Simba in the Hindi version of The Lion King. This and several more instances like posting a picture will old friend Aditya Chopra made his fans pick up the clue, if indeed it is that he might get in the shooes of an antagonist for Dhoom 4.

Speculations about Shah Rukh Khan being in talks to play the antagonist in Dhoom 4 have been doing the rounds for over two years now. In fact, while interacting with the media on the occasion of his 52nd birthday in 2017, Shah Rukh had shared that he had not been offered the film as he had told Aditya Chopra that he's not free. At that time, SRK was occupied with shooting for Aanand L Rai's Zero, which released last year and failed to impress the audience.

Earlier, an entertainment portal reported in case SRK gives nod for the action franchise, then Abhishek Bachchan and Uday Chopra will reportedly make way for new set of cops the fourth installment will be helmed by a new director.

It'll be indeed exciting to see Shah Rukh Khan gear up to play a bad-man and fight some tough cops his own with a commercial potboiler and Dhoom 4 may just fit the bill! 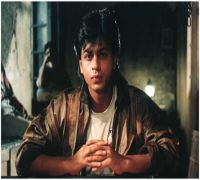 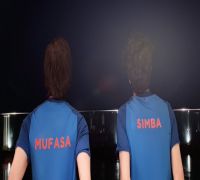 WATCH: Rajkummar Rao-Patralekha turning Raj-Simran from DDLJ is the best thing on Internet you will see today